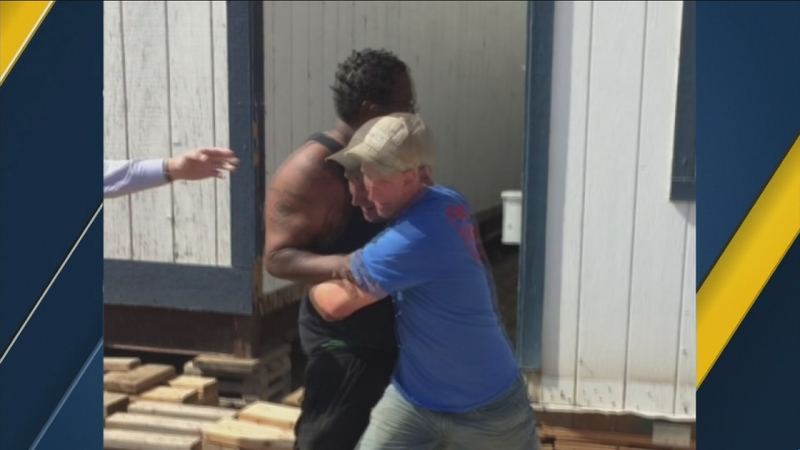 LANCASTER, California -- In newly released video, the heroic actions of good Samaritans were highlighted when they stopped a man who sexually assaulted a teen in Lancaster, California.

The citizens cornered 42-year-old Joseph Cornett in May 2015 just moments after parishioners at a nearby church saw a naked 15-year-old victim running through the desert. She had been sexually assaulted in an abandoned mobile classroom.

The men filmed on their cellphones as they followed Cornett and waited for police to arrive. Cornett claimed it was all consensual.

As Cornett sped off, the good Samaritans followed. Investigators said the young girl was actually an innocent victim who was lured into Cornett's car when he told her he was a police officer arresting her for jaywalking.

She was one of two 15-year-old girls Cornett was convicted of kidnapping and raping.

In the video, the men then chase after Cornett.

"He just got stuck," one man is heard saying.

They cornered him and kept him in his car as he tried desperately to get out of the sand. The men never left his side and continued filming as Cornett continued to rev his engine.

When deputies arrived, they swarmed the vehicle and struggled to take him into custody. Cornett was finally subdued and a mask was put over his face as he spit on officers.

He is now behind bars - serving 100 years to life in prison - thanks to the actions of four men simply doing the right thing.