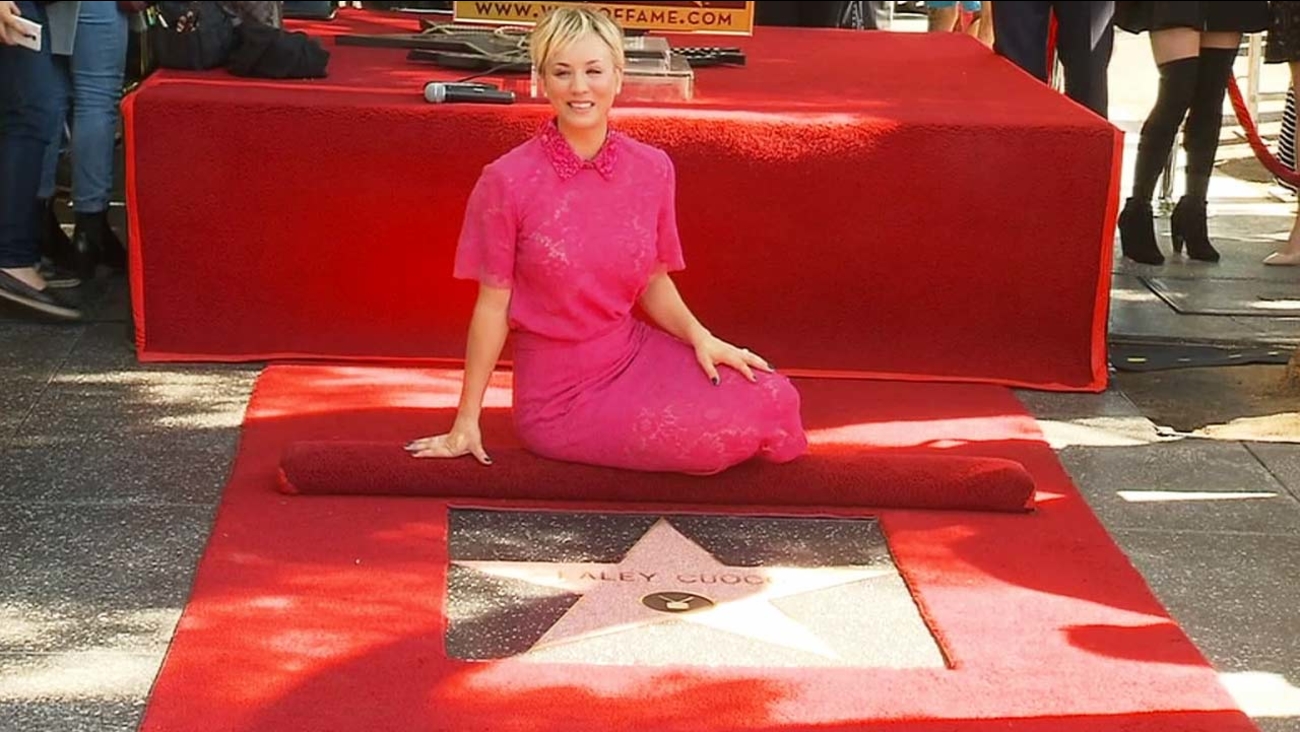 Kaley Cuoco attends the ceremony honoring her with a star on The Hollywood Walk of Fame on Wednesday, Oct. 29, 2014, in Los Angeles.

The 29-year-old actress was quoted in Redbook magazine as saying she enjoys cooking for and "serving" her husband, Ryan Sweeting, and was "never that feminist girl demanding equality."

In an interview Monday for her upcoming film, "The Wedding Ringer," Cuoco-Sweeting said her answers were taken out of context.

She said she simply meant that she feels lucky "to have a career, really build myself as an independent woman ... be able to serve my husband and have a family."

She also said she never wants to offend anyone, "but it happens and I'm really sorry."

Cuoco-Sweeting stars with Kevin Hart and Josh Gad in "Wedding Ringer," a comedy about a best man-for-hire.

She also stars on CBS' "The Big Bang Theory."