Kansas made the adjustments that earned Self a second national title 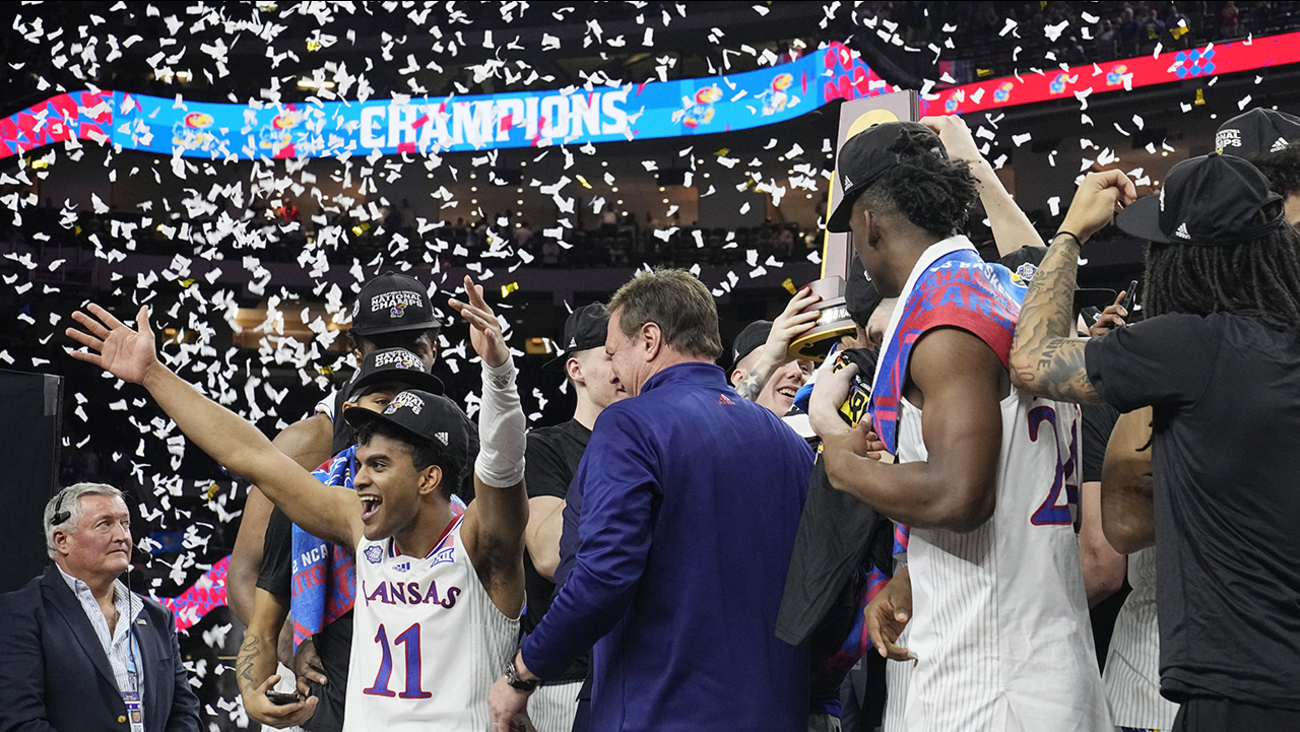 NEW ORLEANS -- Bill Self won his elusive second national title with a masterful second-half coaching job and a spicy dash of Remy Martin.

Befuddled by North Carolina in an ugly first half, Kansas tightened up defensively and Martin provided the spark in a dazzling second half in the Jayhawks' 72-69 win over North Carolina on Monday night.

The Jayhawks (34-6) started fast and faded even faster to fall into a 15-point hole by halftime. They roared back behind Self's adjustments, setting a record for the biggest halftime comeback in championship game history.

Self inverted his team's post play after trying to jam the ball into David McCormack in the first half, getting a couple of early post-ups for Christian Braun (12 points) to open the second.

With North Carolina big man Armando Bacot away from the rim instead of protecting it, the Jayhawks found more driving lanes to shoot or kick out to the perimeter.

Kansas also got back to what it does best: Run.

Triggered by their defense, the Jayhawks got out in transition for layups and early offense during an opening 18-4 run, finding the offensive rhythm that went missing in the first half. 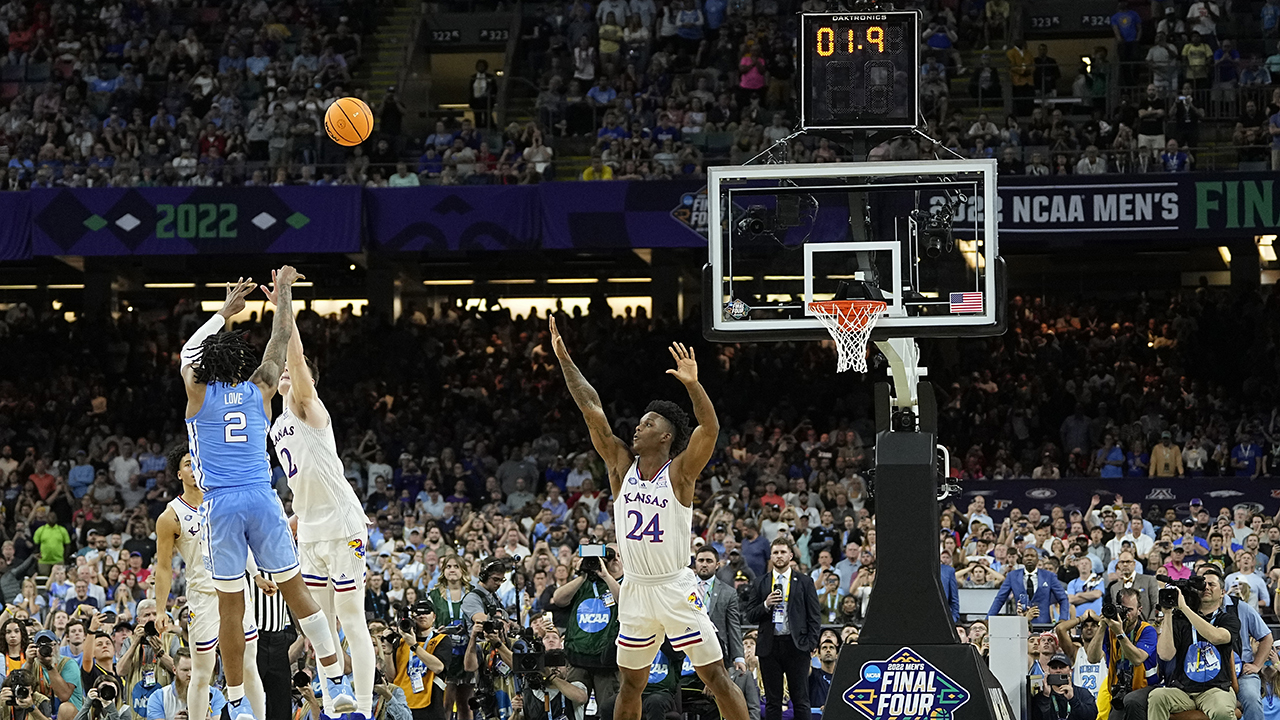 Kansas swarmed Bacot inside after a dominating first half - 12 points and 10 rebounds - shut off driving lanes and tipped passes to put the Tar Heels (29-10) on their heels.

The Pac-12's leading scorer last season, he left Arizona State after four seasons for a chance to win a national title. Martin had an up-and-down season marred by injuries and his final collegiate game mirrored his whole year.

Forcing the issue in the first half, Martin shot 1 of 5 and had Self yelling at him to pass the ball. The good Remy showed up in the second half, taking the Jayhawks' already-humming offense to another level.

Martin's shooting and the Jayhawks' transition game cleared space for McCormack, who finished with 15 points and 10 rebounds.

It was quite a turnaround from an ugly first half.

It lasted all of four minutes.

The Tar Heels, after a shaky start, turned the game ugly, putting the Jayhawks on their heels.

Defensively, North Carolina cut off driving lanes, forcing Kansas' guards into difficult shots. Even when they got to the rim, the Jayhawks were so rattled they blew open layups, leaving Self shaking his head.

North Carolina's Leaky Black made Ochai Ogbaji see red most of the half, harassing his every step - to the point Kansas wasn't even looking for its start player until late.

The Jayhawks tried to take advantage of Bacot's supposedly gimpy right leg, yet the North Carolina big man held his ground against McCormack in the lane. Kansas' 6-for-10, 250-pound center had a couple of early baskets, but tried to force the issue several times after that and ended up forcing up difficult shots.

North Carolina's offense wasn't exactly crisp, but it was gritty: The Tar Heels had 18 second-chance points on eight offensive rebounds to lead 40-25.

But what looked like another Kansas big-game collapse turned into a celebration.