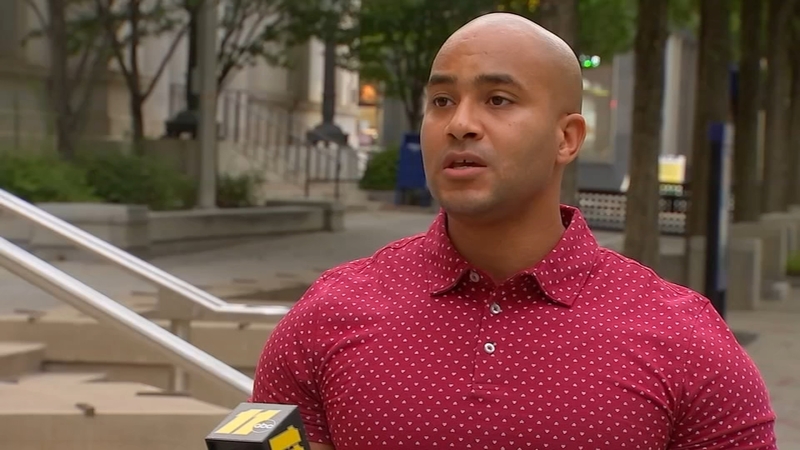 March in downtown Raleigh expected to be a 'peaceful assembly'

RALEIGH (WTVD) -- Local businesses spent Thursday evening boarding up ahead of a planned social justice march in downtown Raleigh. However, a local activist believes Friday night's demonstration to be a 'peaceful assembly.'

"Smash Racism Raleigh," a local activist group flier is calling for the people to march for justice for Jacob Blake as well as those killed at the hands of the Raleigh Police Department on Friday night at 7 p.m. Ahead of the event, Mayor Mary-Ann Baldwin issued a citywide curfew from 10 p.m. Friday through 5 a.m. Saturday and from 10 p.m. Saturday to 5 a.m. Sunday as a preemptive measure.

Despite the curfew, Baldwin and activists 'not' involved in the planning of the event feel it will be peaceful.

"Overall what we've seen have been peaceful demonstrations week after week after week," said Kerwin Pittman, activist and member of Raleigh Demands Justice. "For the mayor to issue a curfew pretty much is in violation of individuals' constitutional rights to peaceful assembly and peaceful protest."

Pittman said he has no part in planning the event but he plans to attend.

"It is important to keep a spotlight on injustices anywhere. This is happening, especially, in the marginalized communities because if you don't speak up about it, it means you're accepting what's going on," he said.

Some business owners also boarded up their windows Thursday night just in case.

"Last time we lost a window, a door and a bunch of alcohol and some computers," said Van Alston, owner of Slims. "If you're going to the protest, enjoy it and please don't bust or burn anything."