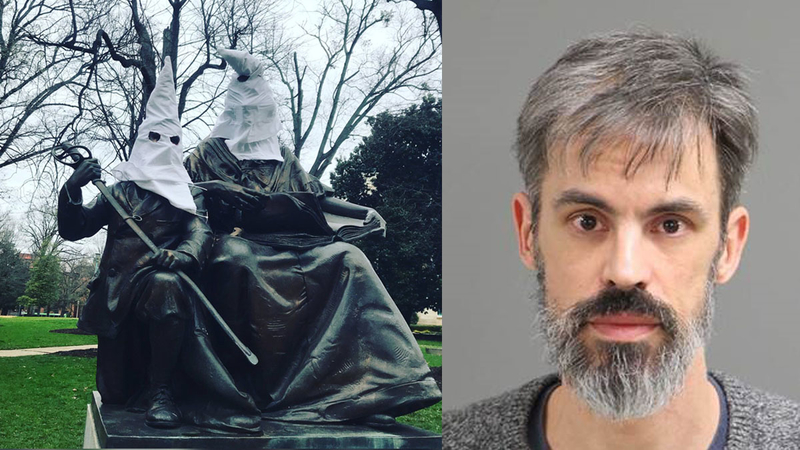 A picture of the incident was posted to Twitter just after 8 a.m. by Jon Williams.

Again, Williams took to Twitter to speak about the incident.

"I take issue with the accusation that I would waste perfectly good pillowcases. This is slander."

I take issue with the accusation that I would waste perfectly good pillowcases. This is slander.

The statue that the hoods appeared on is the Monument to North Carolina Women of the Confederacy. It is a 7-foot statue that was dedicated in 1914.

I-Team: North Carolina is home to 100+ Confederate monuments
The statue depicts an older woman holding a book as she sits next to a young boy holding a sword.

According to UNC Library, the statue cost $10,000 and was funded by a private donation.