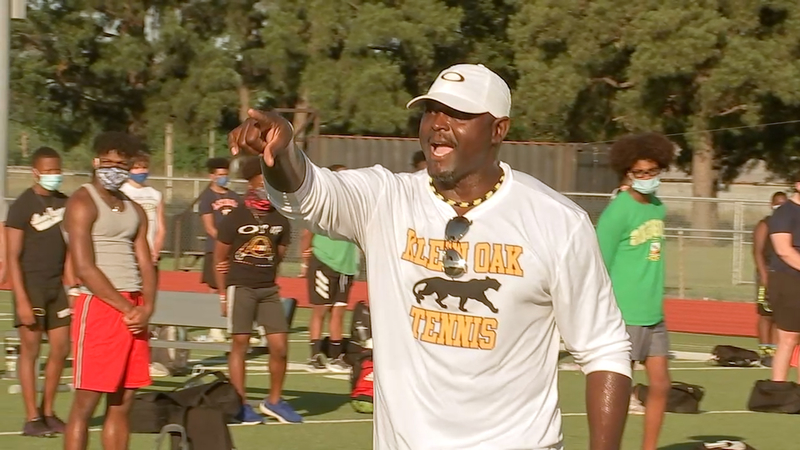 SPRING, Texas -- Klein Oak coach Jason Glenn only planned to speak to his players for two or three minutes, but his message in the wake of George Floyd's death turned into a much longer discussion about faith, love, and kindness.

The video of his speech has racked up millions of views on social media!

"Your skin color, your race, your religion - that won't divide us...We have to love one another." Coach Glenn encouraged his players to listen to one another, respect one another, and understand.

An All-American player at Texas A&M, and later a player and coach in the NFL, Glenn returned to the high school level to make a real difference in players' lives.

He's sure that his path led him to this moment, to help his players cope and forge a new path of understanding. He tells us the purpose of his football program is "to raise great young men."