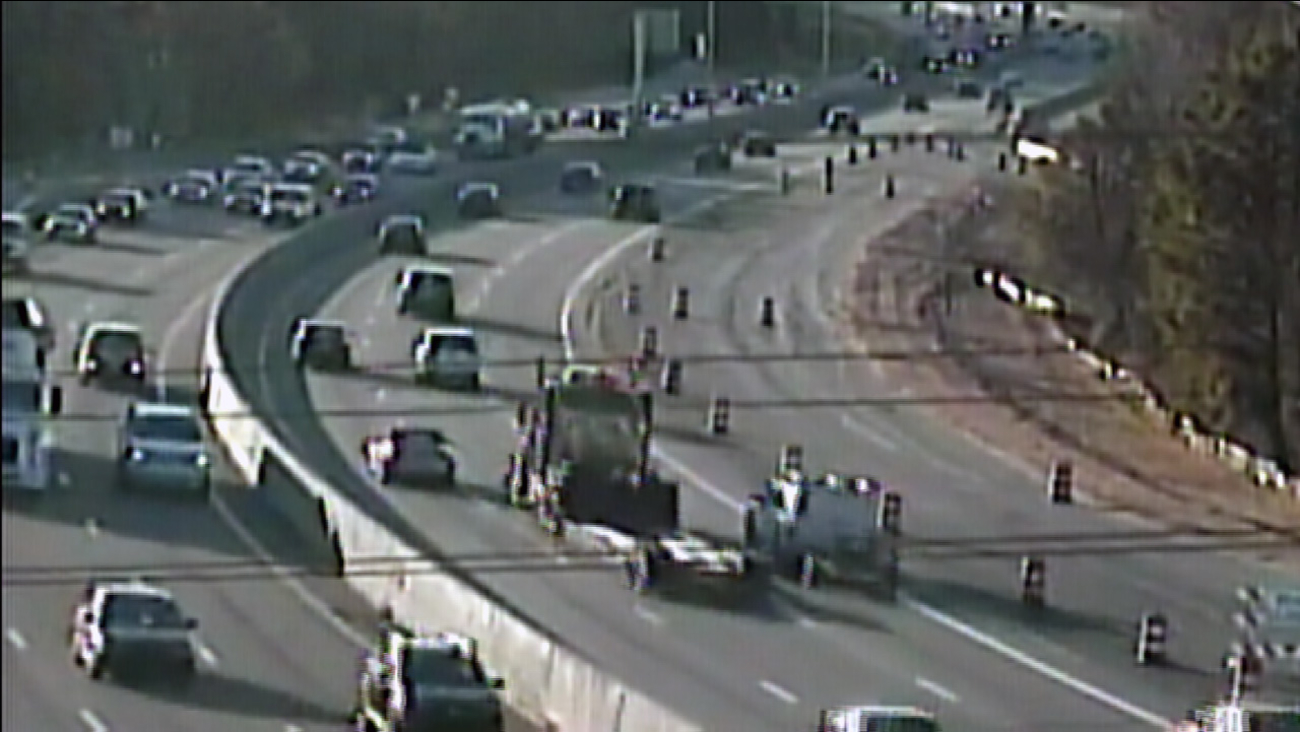 Traffic in the Triangle. (NC DOT)

RALEIGH, North Carolina (WTVD) -- Sick and tired of drivers creeping along in the left lane? Then Senate Bill 303 is for you.

SB303, which was filed Thursday, would level a $200 fine for drivers clogging up the leftmost lane on interstates and other highways.

The proposal expands a law that already requires slower vehicles to keep right, but this bill adds monetary fines.

The bill would create the fines for those who drive at less than the speed limit or when "impeding the steady flow of traffic."

When is someone impeding traffic? It's a bit of a judgment call, but the bill defines it as "if the person knows or reasonably should know that he or she is being overtaken from the rear by a vehicle traveling at a higher rate of speed."

SB303 does allow for reasonable exceptions, such as passing, or moving over to prepare for a left turn.

In case you want to send them thank-you cards, the sponsors of the bill are GOP Sens. Jeff Tarte of Mecklenburg County, Tom McInnis of Rockingham and Jim Davis of Macon County.