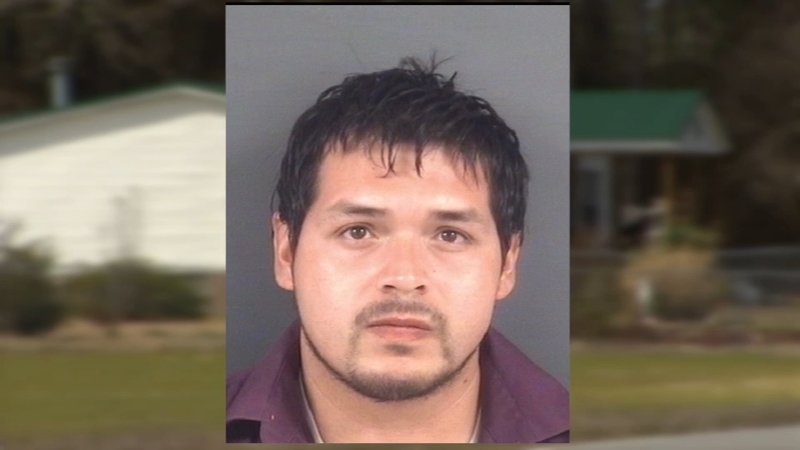 CUMBERLAND COUNTY, N.C. (WTVD) -- A man is in jail after Cumberland County Sheriff's Office deputies said he left heroin in a place where a 1-year-old had access to it and overdosed.

According to a warrant from the sheriff's office, Castellon left the heroin out on New Year's Day. His 1-year-old boy then overdosed--his heart rate was recorded at 204 beats per minute, more than twice as high as normal for a child at rest.

First responders had to use two rounds of Narcan and a Narcan drip to help reverse the effects of the heroin and save the baby.

"Anytime there is a case this serious that could have led to someone's death, we try to take the most aggressive stance as possible," said Cumberland County District Attorney Billy West. "The child very easily could have died. Fortunately, medical treatment arrived quickly and we were able to reverse the effects of the opiate. He's doing well now. Could have been very serious consequences."

#Breaking: 26-year-old Luis Castellon is facing child abuse charges after his 1-year-old son overdosed on heroin. Warrants say two rounds of narcan were administered and the child was placed on a narcan drip in order to survive. pic.twitter.com/KM7GM4rIfy

Deputies said the child had various internal health problems from the overdose and subsequent treatment.

"The judge denied our request, but did put in a no contact provision where you can't have contact with this child or any other minor child as a result of these charges," said West.