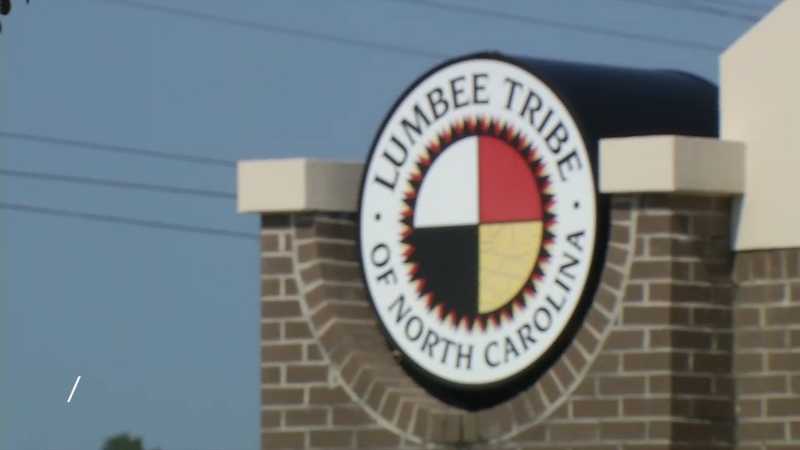 LUMBERTON, N.C. (WTVD) -- As one of North Carolina's largest Native American tribes seeks federal recognition, other tribes are pushing back.

The Lumbee Recognition Act recently passed a vote in the House of Representatives. It now is being debated in the Senate.

The bill would give the Robeson County-based tribe full federal recognition and potentially millions of dollars in benefits. That money could be used for workforce development and healthcare for the more than 66,000 Lumbee who call North Carolina home.

"Our children and our elders have not had access to the same types of health services that you see on the Cherokee reservation. If the Lumbee's had been recognized in the '50s with services, we would have most likely had a huge hospital in our county," said James Hardin of the Lumbee Regional Development Association.

During the month of November, ABC11 is celebrating Native American Heritage Month. An honor which was first declared by George H.W Bush to honor the culture, accomplishments and contributions of the people who first inhabited this land.

However, the bill is not without controversy. Representatives for the Cherokee and Choctaw tribes wrote a letter to Congress officially opposing the Lumbee Recognition Act.

"For over a century, the Lumbees have claimed to be Cherokee, Croatan, Siouan, Cheraw, Tuscarora, and other unrelated tribes but have never been able to demonstrate any historical or genealogical tie to any historical tribe. Instead of demonstrating credible ties to historic tribes, they abandon one claim for another when challenges to their identity are asserted. H.R. 1964 would even prevent a serious review of the Lumbee claims that its current membership has Native American ancestry," the letter read.

The Cherokee and Choctaw tribes say the Lumbee trial should seek federal recognition through the Office of Federal Acknowledgement, which has experts and procedures in place to evaluate Native American history.

Click here to read the letter in its entirety.

When the bill passed in the House of Representatives, Principal Chief of the Eastern Band of Cherokee Indians Richard Sneed released the following statement:

"Tribal recognition should not be granted when so much doubt and uncertainty remain over the Lumbees' lineage and genealogy. It is dangerous to pass legislation that short-circuits an established process designed to protect Native American history and identity. That is exactly what H.R. 1964 does and we urge the Senate to reject this bill. "