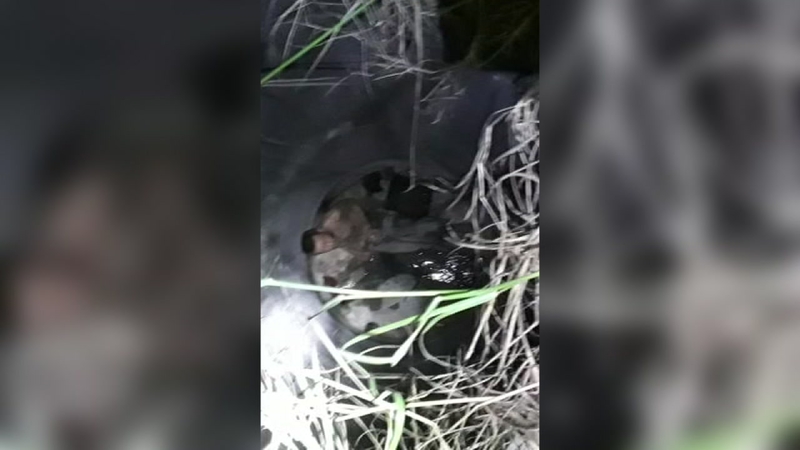 HOUSTON, Texas -- A man is recovering after he said he spent nearly a week underground after falling through a manhole.

Construction workers were working overnight on a feeder road near the South Sam Houston Parkway when they heard screams for help.

They approached a manhole in a grassy area underneath the beltway and discovered a man who was trapped.

Exclusive photos from the moment they found the man show him trapped at least 14 feet underground.

The workers say they heard a man yelling for help but couldn't tell where it was coming from.

Elmer Espinosa said he gave the man Cheetos and two bottles of water to try and keep him comfortable until help arrived.

The Houston Fire Department was able to pull the man up through the manhole and to safety.

He asked the First Responders what day it was, and that's when he told them he'd been trapped for six days.

He was taken to the hospital, but his condition is not known. He was said to have an injured leg.