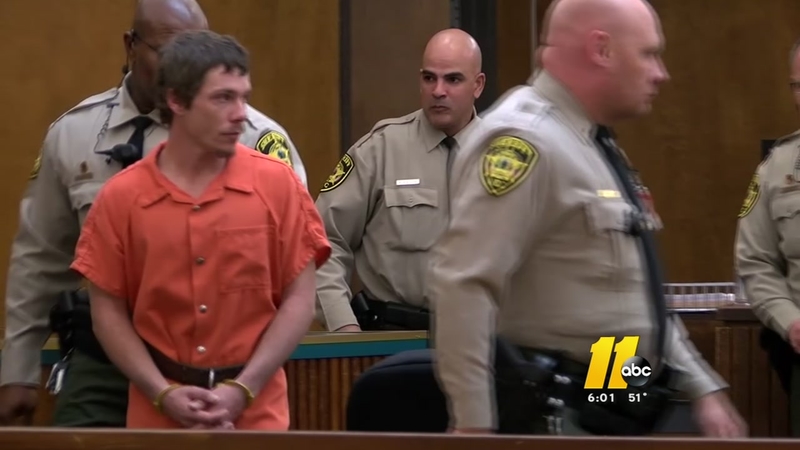 Stay on top of breaking news with the new ABC11 News App!

Mariah was last seen in bed by her mother around 11 p.m. on November 26. Her disappearance prompted an Amber Alert on November 27 that gained national attention.

The man was initially being held on several other charges including concealing an unattended death.

An autopsy conducted on December 4 provided a preliminary cause of death; however, additional chemical and toxicology tests were required.

The Medical Examiner's Office determined that chloroform - a liquid used as a general anesthetic - was determined to be the cause of Mariah's death.

RELATED STORY: What is chloroform?

While many speculate that Kimrey may have abused the 3-year-old, officials did not indicate that the autopsy revealed any signs of trauma.

The sheriff would not say whether Kimrey was being investigated for other crimes against children, and whether Mariah was sexually assaulted but did say all "that could come out in court."

RELATED: Document suggest Mariah Woods may have been sexually abused by mom's boyfriend

Authorities said Mariah's mother Kristy has been cooperating with the investigation. She was not in court on Wednesday.

Officials said that the investigation has not concluded.

Kimrey's next court appearance is scheduled for February 14.