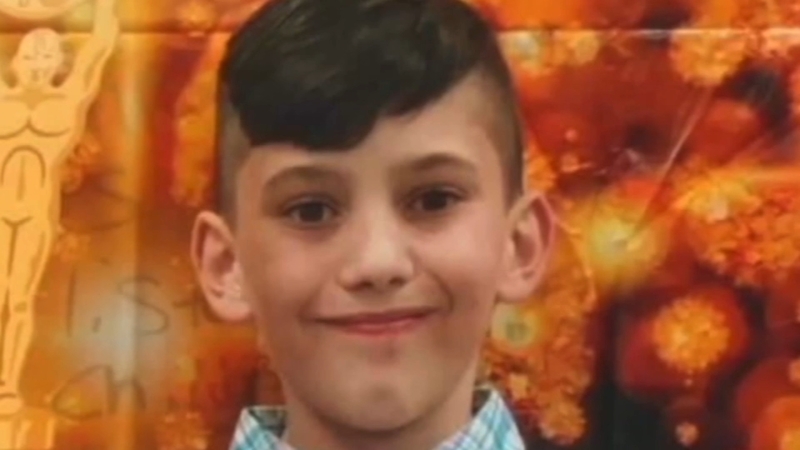 "This week has been awful. It's been more than a roller coaster ride," Stauch's mother, Landen Hiott, said in the video, which was posted on the El Paso County Sheriff's Office YouTube page. "It's been more than an emotional mess. I don't have answers for my feelings, other than I'm afraid. I'm afraid that I'll never hear his voice, that I'll never hear him run and say, 'Mommy!'"
Gannon's father, Albert Stauch, and his sister, Laina, were also in the video.

The missing 11-year-old's parents pleaded for any credible leads in the case.

"If you're too afraid because you know something -- a kid just doesn't disappear and no one sees him. It's not how this works," Hiott said. "So if you have anything that's credible -- if you're afraid, don't worry about it. Imagine my son, how afraid he is. Imagine how afraid Gannon is."

This comes two days after neighbor Roderrick Dayton shared surveillance footage from his home capturing footage of Gannon and his stepmother, Leticia Stauch, getting into a red truck in the driveway of their home on Jan. 27 -- the day the boy went missing.

Drayton told Denver7 the video shows the truck returning hours later with only the stepmother appearing to get out.

Leticia Stauch reported Gannon missing just before 7 p.m. on Jan. 27 and told police she had last seen him between 3:15 and 4 p.m. that day.

Drayton said his surveillance video showed the boy and his stepmother getting into the truck at 10:13 a.m. and Leticia returned, apparently alone, at 2:19 p.m.

"I took care of Gannon for the last two years in our home. I would never, never, ever hurt this child," she said.

In the video released Wednesday, Stauch's mother said she was afraid she would never hear any of her son's jokes again.

"Every single day, he has to tell me a joke," Hiott said. "He looks forward to telling me something silly. And I'm afraid that I won't ever see that again or hear it. I don't want to believe that, because that means that I'm giving up hope and I'm not giving up hope, because my son is full of hope."

"His smile, even today, is keeping us going," father Albert Stauch said. "His smile brings me joy every time I think about it."

Gannon's little sister, Laina, ended the video by passing along a message: "I love you, Bubba."