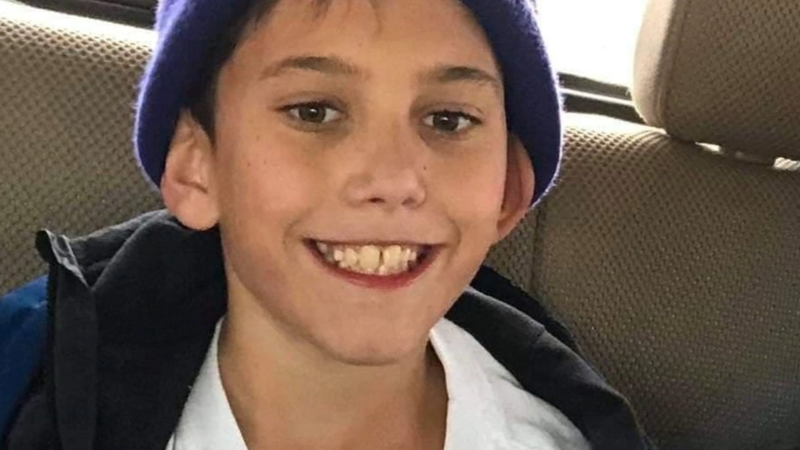 COLORADO SPRINGS, COLO. -- The search has intensified for an 11-year-old boy in Colorado who has been missing for more than a week.

The FBI is assisting multiple agencies and volunteers in searching for Gannon Stauch.

"I'm begging, I'm pleading, if anybody has any type of lead, put yourself in my situation," his mother, Landen Hiott, said.

She begged everyone to stay vigilant, as Gannon requires special medication.

His stepmother, Letecia "Tecia" Stauch, was the last one to see him on Jan. 27. She said Gannon Stauch left to walk to a friend's house.

However, neighbor Rockerick Drayton said he searched through his home surveillance video as the search intensified. Drayton said the video showed Letecia and Gannon Stauch get into a red pickup truck in the driveway of their home around 10:15 a.m. About four hours later, the truck returns to the house and Leticia Stauch gets out of the vehicle alone.

The El Paso County Sheriff's Department has a copy of the video, but a spokesperson cautioned the video was only one part of the investigation.

Drayton said he showed the video to the boy's father Sunday.

"He just broke down crying and said, 'she lied. She lied about the time. He didn't go to a friend's house,'" Drayton said.

"I took care of Gannon for the last two years in our home. I would never, never, ever hurt this child," Stauch said.

Authorities on Monday night searched a new area about 10 miles from where the boy vanished, but heavy snow complicated efforts.