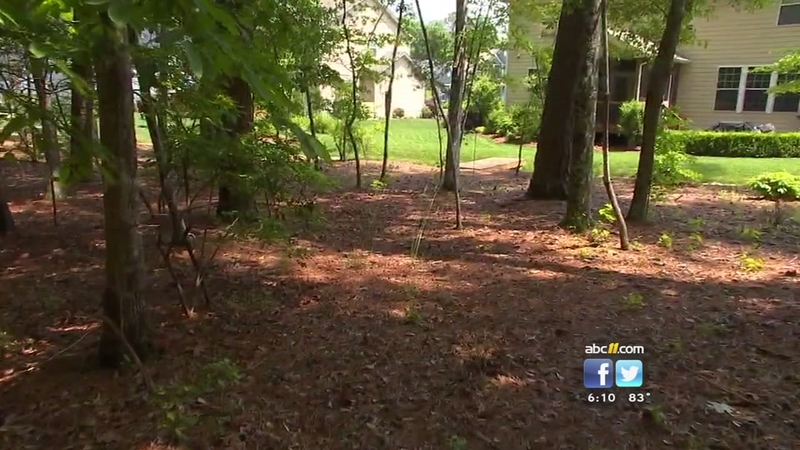 DURHAM, North Carolina (WTVD) -- A Durham man says he was grilling on his patio when he saw a missing Durham man emerge from the woods in his backyard.

"I guess I was in the right place at the right time," David Boyd said.

Boyd was also equipped with the right information.

He found his neighbor, who was reported missing via the community safety app, Nextdoor.

On Monday, Durham Police put out a Silver Alert on the app that a 60-year-old man suffering from dementia had been missing since Sunday.

The description matched the person Boyd saw in his yard.

"So I called out 'hey Danny' and he turned around. And he said 'hey can you help me?' and I was like wow, that's really the guy they are looking for."

Boyd saved the man's life -- gave him food and water -- until police arrived.

"I really didn't think that I was doing anything special at the time," Boyd said.

Danny Smith was disoriented, suffering from insect bites after wandering in the woods -- less than a mile away from home -- for more than 24 hours.

Smith lives off Gentry Drive in a group home. He went missing around noon Sunday. A staff member called 911 within minutes of his disappearance.

The staffer told 911 that Smith reportedly left out through a window.

Brandi Martin, a neighbor who also works for ABC11, helped staff the search.

"I asked if he left on his own," Martin said. "They say he got mad, so they said he's walked away before, but he's always come back."

On Wednesday, ABC11 found Smith safe in a van with a group-home employee.

When we stopped by Wednesday afternoon to ask questions, we were asked to leave.