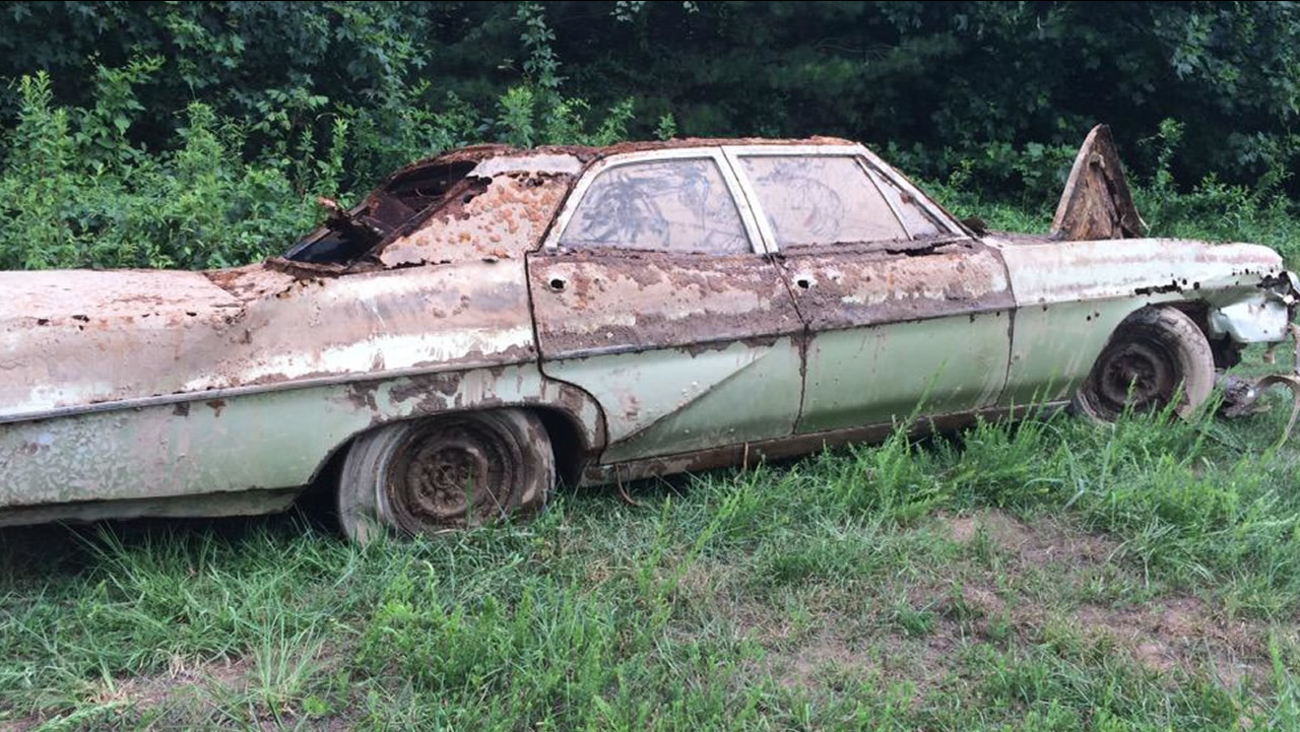 Lake Rhodhiss, where the car and remains were found, is approximately 75 miles northwest of Charlotte. (image courtesy WSOC-TV)

CHARLOTTE, NC (WTVD) -- Investigators following up on leads going back 43 years have found human remains in a 1968 Pontiac recovered from a lake in North Carolina.

WSOC-TV reports Caldwell County sheriff's investigators said the car model matches the car belonging to retired Air Force member Amos Shook who was reported missing on Feb. 19, 1972. Detectives believe the remains are Shook's but the remains will be transferred to the N.C. Office of the Chief Medical Examiner for an autopsy and identification.

Deputies said there were no signs of foul play so far.

Investigators and a dive team used advanced sonar to find the car in 30 feet of water.

Lake Rhodhiss, where the car and remains were found, is approximately 75 miles northwest of Charlotte.