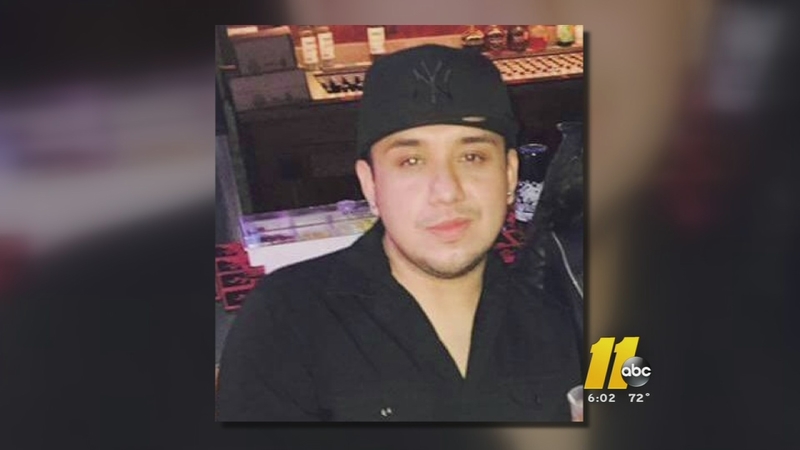 SILER CITY, N.C. (WTVD) -- Authorities are investigating after the remains of a missing Siler City man were found in Chatham County on Saturday.

The North Carolina State Bureau of Investigation said the victim, 25-year-old Esau Abraham Brenes, had been missing since Oct. 4.

Authorities said the investigation is being treated as a homicide. The SBI will begin conducting interviews Sunday.

Law enforcement officers searched for Brenes for three weeks. Authorities did not reveal any details surrounding the victim's death, only that law enforcement found his body off Siler City Snow Camp Road.

The wooded area near where Brenes' remains were found

Although "Abe" Brenes had been missing for weeks, family and friends continued to hope and pray that he was still alive and would soon come home.

"It is with such deep sadness that we inform you all that our Abe was found today," a family spokesperson said. "All the words in the world would still come up short in describing the devastating and agonizing pain our family is feeling at the moment."

The investigation is ongoing, according to the NCSBI. The Siler City Police Department, the Chatham County Sheriff's Office, and the SBI are all involved in the investigation.

Gary Wiley lives across the street from where Brenes was found. He said when he witnessed authorities and K-9 units coming and going, he immediately suspected their presence was related to Brenes' disappearance.

"I know that a Hispanic man was missing, so that's why I thought that was the thing that was going on," Wiley said.

Wiley said he was upset that law enforcement questioned people in the neighborhood without informing them about the whole situation.

"Am I in danger by not knowing, is this thing," Wiley questioned. "And I noticed a lot of neighbors armed themselves when they were questioned."

A friend of the Brenes family said they are mourning the loss and are now making funeral arrangements.