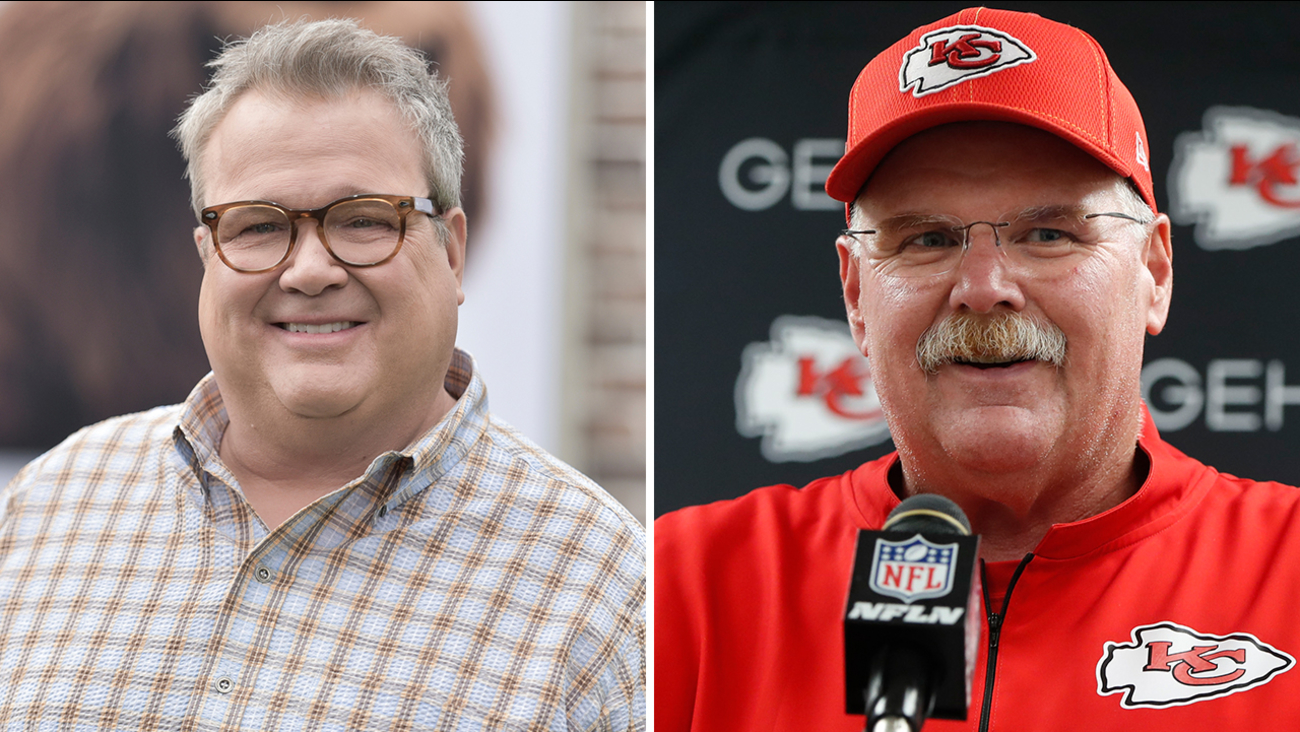 KANSAS CITY, Missouri -- Modern Family star Eric Stonestreet plays the part of the bumbling younger brother of Kansas City Chiefs head coach Andy Reid in a new spoof video that was released in advance of the first game of the regular season.

The video features Stonestreet as Randy, the owner of a California Jet Ski business who suffered a career-ending football injury as a 10-year-old. While getting his ankles taped alongside disinterested players, he explains, "Pop Warner. It's no joke."

Throughout the video, he offers players advice and discounts on personal watercraft. General Manager Brett Veach says, "He's almost like having another coach out there, one that we don't want or need."