Warrants: Ex-boyfriend of Holly Springs woman texted people pretending to be her after she went missing 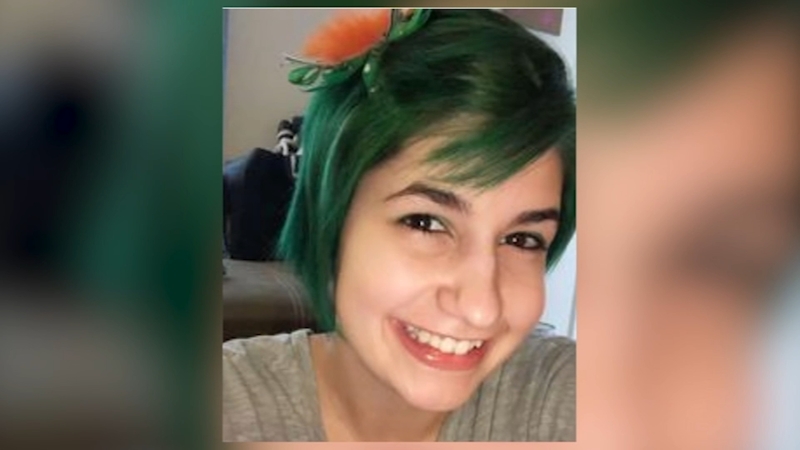 HOLLY SPRINGS, N.C. (WTVD) -- A young Holly Springs mother who has been missing for months is now believed to be dead, police say, and they are asking the public for information in the case.

Holly Springs police officers have been actively investigating 23-year-old Monica Moynan's disappearance since late July when her apartment manager and mother reported that they hadn't seen her in a while and were concerned for her safety.

According to search warrants, when police went to her apartment on July 23 to follow up on the missing persons report, they learned that her ex-boyfriend had been staying at the apartment.

The manager of the apartment told police that she hadn't seen Moynan since March and was only able to make contact with her via email and text message.

She did, however, see Moynan's two children -- a 1-year-old and 4-year-old -- the night before, she told police, with Moynan's ex-boyfriend. ABC11 is not identifying the ex-boyfriend because he has not been charged with a crime.

Moynan's mother also told police that she hadn't seen her daughter since March and that she usually saw her once a week.

According to the search warrants, she told police that in March, her daughter became distant by only speaking to her through text messages and short emails.

Police then contacted the ex-boyfriend, who said he hadn't seen Moynan since June 20. He told police that shortly after she began working at Abbey Road Tavern and Grill in Fuquay-Varina, she became addicted to heroin.

The search warrants state that in mid-June he tried to have her go through "home rehab" where he kept her in the apartment and tried to get her to quit cold turkey.

He said that on June 20, he got a text from Moynan that showed a picture of one of their daughters and said, "I can't do this anymore." He told police he never heard from her again after that.

When an officer asked him why he had been texting Moynan's mother pretending to be her daughter, he said he didn't know how to tell her that her daughter was addicted to heroin and missing, according to the search warrant.

When the officer asked him why he didn't file a missing persons report, he said he expected her to come home.

The search warrants also show that the ex-boyfriend had been driving Moynan's car rather than the one registered to him. When an officer asked him why, he said, according to the warrants, that her car had the car seats for the children in it.

Later in the day on July 23, police contacted Moynan's manager at Abbey Road Tavern and Grill. She said that she had not seen or heard Moynan's voice since March 17. Since then, she said, she had been receiving text messages from Moynan -- explaining that she was missing work for a variety of reasons, including being sick and her vehicle breaking down.

She said the messages went on for four weeks.

According to the search warrants, up until that point, Moynan's manager said she had been a great employee and was always on time and never missed work. She noted that Moynan was possibly in an abusive relationship and that a bartender at work had witnessed an incident with her ex-boyfriend.

That bartender told police that Moynan showed her bruises she had gotten from an assault and commented: "When something happens to me, I don't know what will happen to my kids."

When Moynan's mom met with police to discuss the case, she told them, according to the search warrants, that Moynan's ex-boyfriend was abusive and a "habitual liar." She also said that Moynan had previously separated from her ex-boyfriend and obtained a Domestic Violence Protection Order against him, but he continued to stalk her.

Police were able to locate files that showed her ex-boyfriend had a history of assault cases and had a Domestic Violence Protection Order against him involving Moynan.

Police told ABC11 on Thursday that while some of the ex-boyfriend's behavior is suspicious, he is not being called a person of interest at this time.

One of Moynan's friends told police that, before she went missing, Moynan was running a small business that she promoted using social media, including Instagram. She showed officers that Moynan was posting to Instagram almost daily until April 2, when the posting stopped. There had been no activity on the page since that day, according to the search warrants.'

Moynan's mother sent the following statement to ABC11 on Thursday: "Monica was a wonderful warm free spirited strong minded hard working mother. Her children were her life and she was very close with her family. She had just recently created and began her own business making elderberry syrup called Moni's magic and she worked diligently on this and was passionate about it. She also had big plans that were about to come to fruition - she had signed up and paid for a Doula training course that she was extremely excited to begin in late April. Monica was a dedicated and passionate single mom striving to build a great life for her and her children and was quite determined to do this!

The HSPD has an amazing team that have worked around the clock on this case and we are so grateful to them! We remain confident the the person responsible for Monica's death will absolutely be brought to justice."