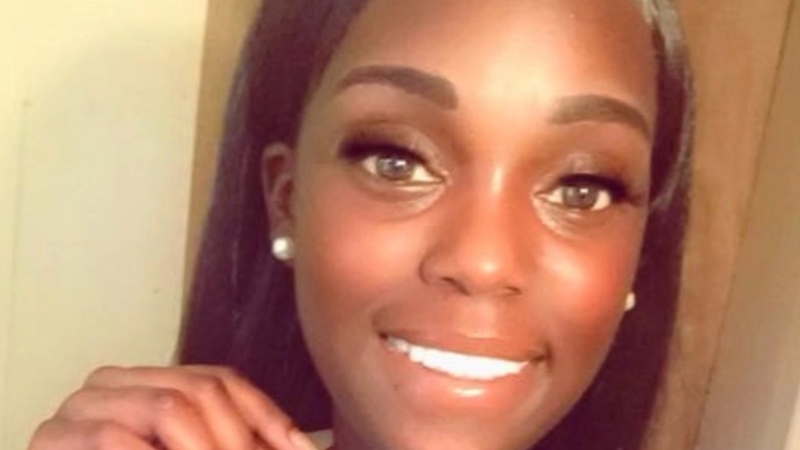 Mother of 7 fatally shot in Fayetteville

FAYETTEVILLE, N.C. (WTVD) -- Police are investigating after a young mother of seven was shot and killed in Fayetteville.

Officers were called to Danish Drive on Friday at 11:23 p.m. for reports of a shooting. When they arrived, they found a woman in the home who had been shot.

The victim, who has since been identified as Chakita Jones, 25, of Fayetteville, was unresponsive. First responders took her to Cape Fear Valley Medical Center in critical condition.

"Why is there always gun violence? Why does this have to happen? Why?" said Brittany Fuller-Piunber, Jones' sister.

Jones was later taken to UNC Medical Center, where she died from her injuries Saturday evening.

Her family said there were about 30 gunshots directed toward the house. Chakita was there with her seven children visiting some cousins.

Jones was clutching one of her children in an effort to shield the child from gunshots.

"It's a miracle none of the kids got hurt," said Keem Jones, Chakita's older brother. "It's not even that, it's other kids at other neighbors'"

Several other family members also shielded children, but Jones was the only one shot.

Her 26th birthday was just four days away, family members said. The family is holding a vigil at the Westover Recreational Center on Wednesday evening -- her birthday.

"Very loving, caring, giving ... definitely giving," Fuller-Piunber said of her sister. "She would give you the shirt off her back."

The youngest of Jones' children is 2 months old and the oldest is 12 years old.

"Obviously, this is going to be a lifelong thing that honestly falls on all of us, as a family." Fuller-Piunber said.