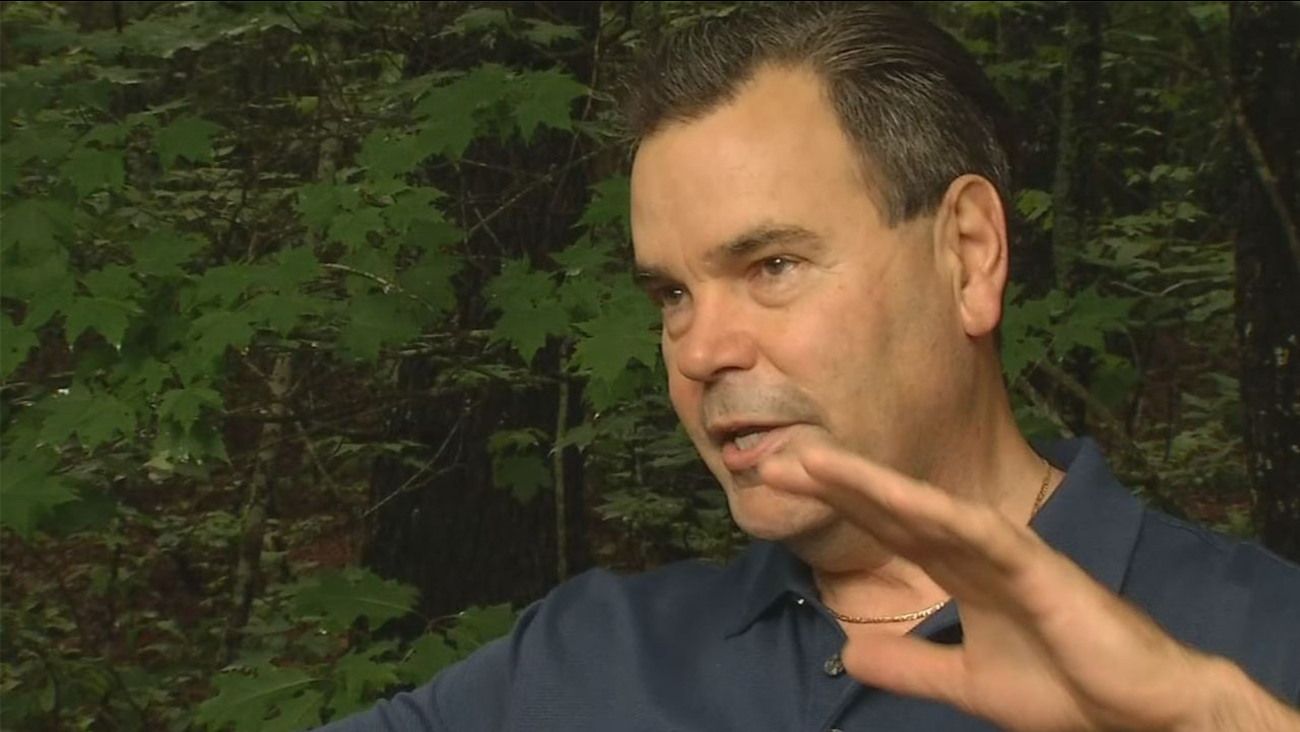 MCDOWELL COUNTY, NC -- While crews worked to clean up the mess left by a mudslide on Interstate 40, one man was sharing his experience.

Officials said the slide hit a car near mile marker 67.

"We were in fear for our lives," Lee Ribley, who was caught in the mudslide, told WLOS. "There was a very loud sound like a freight train."

Ribley said that was the last thing he and his fiancé remember before their car got swept away.

"Everything in front of us was just big turning mud," said Ribley. "There were big trees being pulled down into it and trees going through it and boulders."

Struck with fear, he said the few seconds felt like a lifetime.

"You see on television how there are victims of a disaster, then all of a sudden that was us."

He said when his car finally came to a stop, the danger continued.

"When the car stopped we told each other 'we're alive.' The fear of immediate death passed a little bit, but then we knew there could be more mud sliding down."

With nearly waist-deep mud surrounding the car, Ribley said they were stuck.

"They came right to our aid," said Ribley. "They didn't stop and wait for equipment, they came right into the mud, linked arms and came after us."

Ribley said he's never been through anything like that before, which is saying a lot, considering Ribley has worked in law enforcement for 22 years.

"I was on the other side of it this time and those guys were heroes to me."
Report a correction or typo
Related topics:
ncmudslidestate of emergencynorth carolina news
TOP STORIES
Officials: Buffalo, Uvalde shooters allegedly abused animals
Canes seek series lead against Rangers in game 5
OBX beach goers urged to wear shoes on beach
Onlookers urged police to charge into TX school: 'Go in there!'
UNC softball player to coach in summer baseball league
Columbine survivor reacts to Texas elementary school shooting.
Kevin Spacey charged in UK with 4 counts of sexual assault
Show More
RDU adds new airline, another adding several new routes
Should you talk to young kids about mass shootings? And how?
Fort Bragg soldier killed in Afghanistan to be honored
Timeline breaks down Uvalde shooter's movements day of massacre
In video, 'angry' NC Gov. Cooper pushes for stronger gun laws
More TOP STORIES News