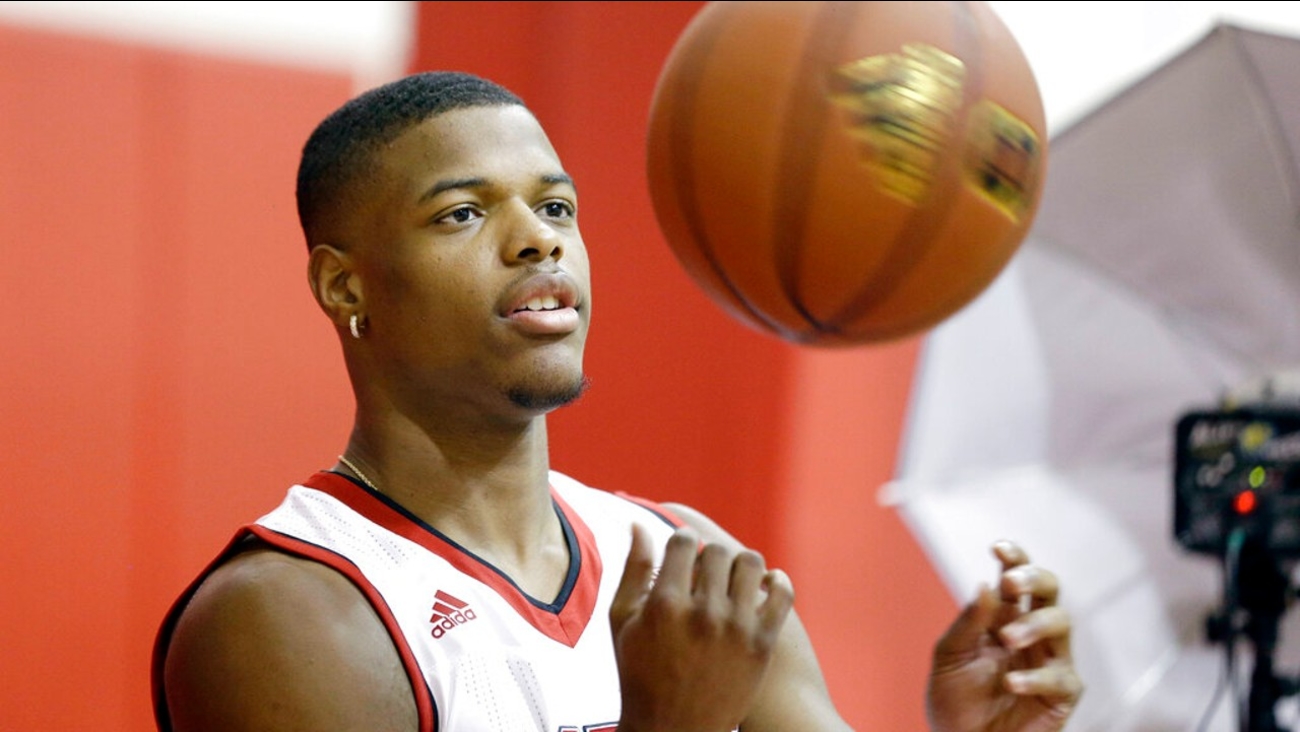 RALEIGH, N.C. (WTVD) -- The North Carolina State men's basketball team will be fined, lose one scholarship and vacate 15 wins due to multiple NCAA violations stemming from the 2016-2017 season.

The NCAA's Independent Accountability Resolution Panel released its decision after investigating impermissible benefits given to Dennis Smith Jr. and his family.

Investigators determined a former assistant basketball coach at NC State accepted a $40,000 payment from an apparel company to be given to Smith to ensure his commitment to play for the Wolfpack.

As punishment, NC State must pay a $5,000 fine, lose one basketball scholarship for the 2021-2022 year, face reduction in the number of official recruiting visits, deal with a reduction in allowed recruiting communication for 2021-2022 and be placed on a one year probation.

"When this process began NC State promised accountability where appropriate and vigorous defense where necessary, and that is exactly what we've delivered every step of the way. We are grateful for our legal team who fought diligently to present and defend the facts of this case,"NC State Chancellor Randy Woodson said. We accept the IARP's decision and appreciate the hearing committee's careful review of the facts. NC State will deal with the implications, many of which include previously self-imposed penalties. We look forward to putting this matter behind us and embracing the incredible potential and bright future of men's basketball at NC State. In the past several years, Coach Keatts and his staff have rebuilt our men's basketball program into one in which all of our students, faculty, staff, alumni and fans can be very proud."

The panel also said NC State must vacate records from games in which Smith participated.

Former assistant coach Orlando Early was given a six-year show-cause order, which is the most severe punishment a coach can receive under NCAA rules. It requires punishment to be attached to a coach even at a new school. A school can appear before the NCAA's Committee on Infractions to "show cause" why it shouldn't be under the same penalties as the coach.

NC State had already self-imposed recruiting restrictions and a fine.

It is the first decision that is a result of the Independent Accountability Resolution Process (IARP), which the NCAA created to handle complex cases. Under the new process, a Complex Case Unit investigated the case, and the Independent Resolution Panel (IRP) conducted a two-day hearing before delivering its decision. The IRP consists of five members with legal, higher education and/or sports backgrounds and its decision is final. There are no appeals in the IARP process.