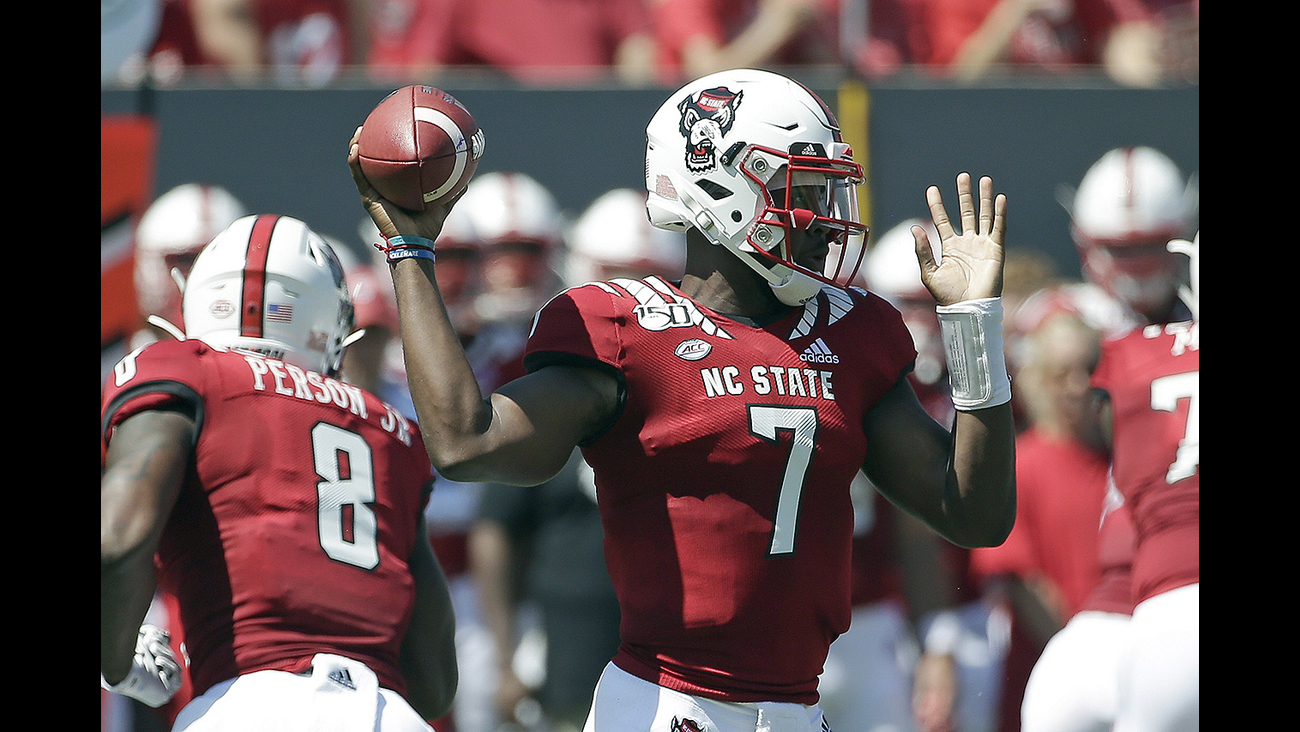 RALEIGH, N.C. -- Matthew McKay never looked overwhelmed as he made his first start for North Carolina State at quarterback.

The redshirt sophomore ran for two touchdowns and threw for another while N.C. State overcame a shaky start to shut down East Carolina's ground game to beat the Pirates 34-6 in Saturday's season opener for both teams.

McKay completed 25 of 37 passes for 308 yards, becoming only the third quarterback in school history and first in a dozen years to crack the 300-yard mark in his first career start.

"The first play I went out there, I took a deep breath and said, 'OK we're playing football,'" McKay said, "So not nervous or anything, just definitely prepared for my moment."

He looked that way, too.

McKay scored on a 4-yard keeper just before halftime for a 17-3 lead, then got loose around the left side and dove for the pylon for a 21-yard score early in the fourth.

McKay also found a wide-open Tabari Hines on the right side for a 48-yard touchdown in the third as the Wolfpack broke the game open.

"Just very confident, very calm," Wolfpack coach Dave Doeren said. "Put his time in, studied, prepared. Like I tell the players: if you're prepared, you won't be nervous. And he prepared the right way for this football game."

Holton Ahlers threw for 168 yards for the Pirates in their first game under new coach Mike Houston. But a promising game-opening drive ended when Ahlers fumbled inside the Wolfpack 5-yard line, and ECU never got near the end zone again until late with the outcome long decided. 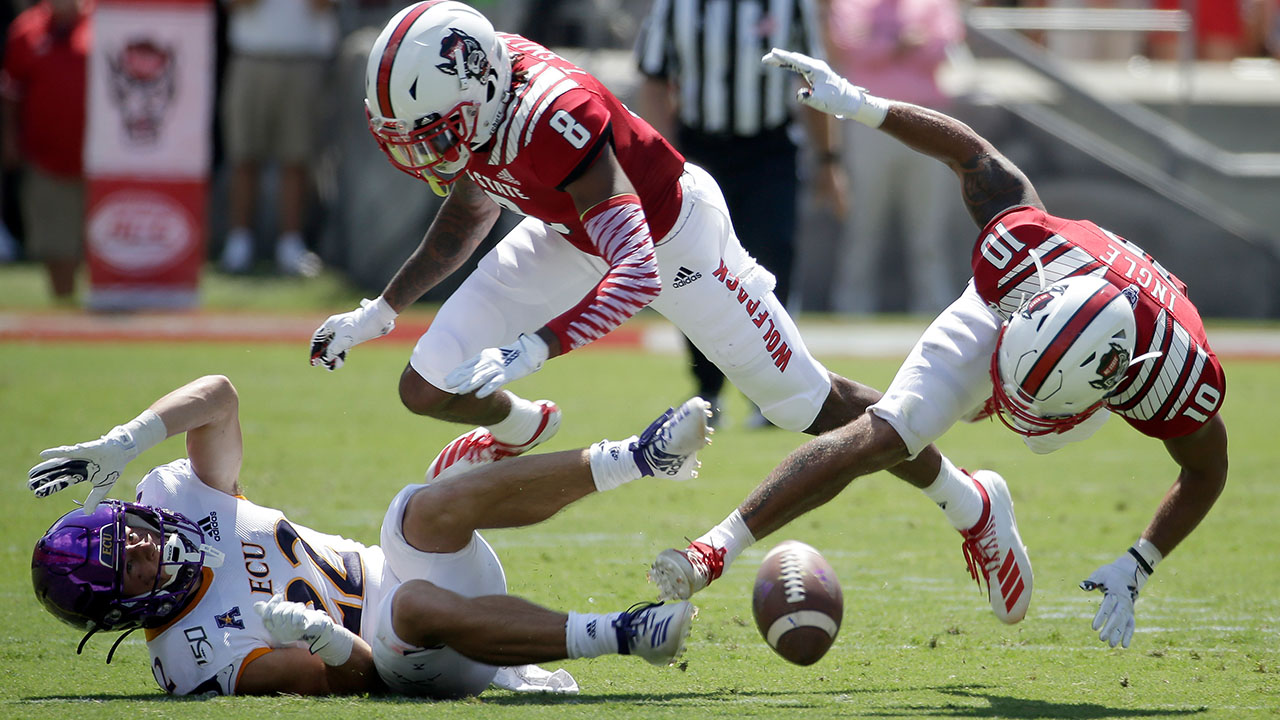 "They don't give any ribbons for coming close," Houston said of the fumble. "That was a big play in the ballgame because that completely changed the outlook in the first half."

East Carolina closed last season with a 58-3 loss on the same field, a disastrous afternoon that had the Pirates kicking a last-second field goal to avoid their first shutout in more than two decades.

The second trip went only marginally better. ECU got nothing going on the ground, running 29 times for 41 yards (1.4-yard average) and leaving the mobile Ahlers to carry the offense almost entirely on his own. There was also a penalty that wiped out Tyler Snead's 93-yard kickoff return immediately following Hines' long TD.

It was a good start for Doeren's seventh year, which has the Wolfpack entering with more youth than in recent seasons.

A balanced ground game produced 191 yards of the Wolfpack's 505 total yards, which included true freshman and former Southern Nash star Zonovan Knight scoring from 9 yards out on his first college carry. And after that opening drive, the Wolfpack's defense settled in and controlled the line of scrimmage with plenty of three-man fronts that closed down every running lane.

ECU looked sharp on the first drive, with Ahlers completing his first seven passes and the Pirates pushing to the Wolfpack's 9-yard line. But as the 235-pound Ahlers headed for the goal line on a first-down run, sophomore Tanner Ingle knocked the ball loose with a hard hit and fellow safety Jarius Morehead recovered it in the end zone.

"That was a very long drive so I was very thankful we got off the field and they didn't score," Wolfpack defensive lineman James Smith-Williams said. "So I definitely thanked (Morehead)."

Before Saturday, the only Wolfpack players to throw for 300 yards in their first career start were Harrison Beck (321 yards) in 2007 and longtime NFL quarterback Philip Rivers (397) in 2000.

ECU isn’t really a measuring stick at this point but that’s a pretty impressive opening win. State looked decisively better in every phase. RBs are deep and talented, McKay can play. We’ll know more about the defense in coming weeks.

"As practice went on throughout the week, you could see him (becoming) more and more confident," Doeren said. "Thursday he had his best practice that I've seen him have since he's been here.

"I said to the guys: 'Man, if he throws it like that, we're good Saturday because he's throwing dimes.'"

N.C. State hosts Western Carolina next Saturday. The Pirates host Gardner-Webb in their first home game under Houston next Saturday.