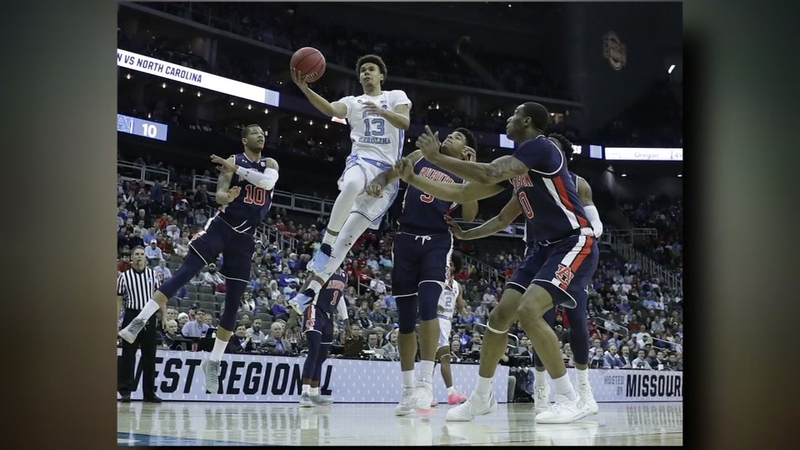 KANSAS CITY, Mo. -- Auburn insisted all along that it wouldn't change its style against up-tempo North Carolina.

Turns out the SEC Tournament champs can run a bit, too.

Auburn earned its second trip to the Elite Eight by coasting to a to a 97-80 victory over the No. 1 seed in the Midwest Region on Friday night. The trigger-happy Tigers overcame an early deficit with a hot-shooting second to return to the region final for the first time in 33 years. 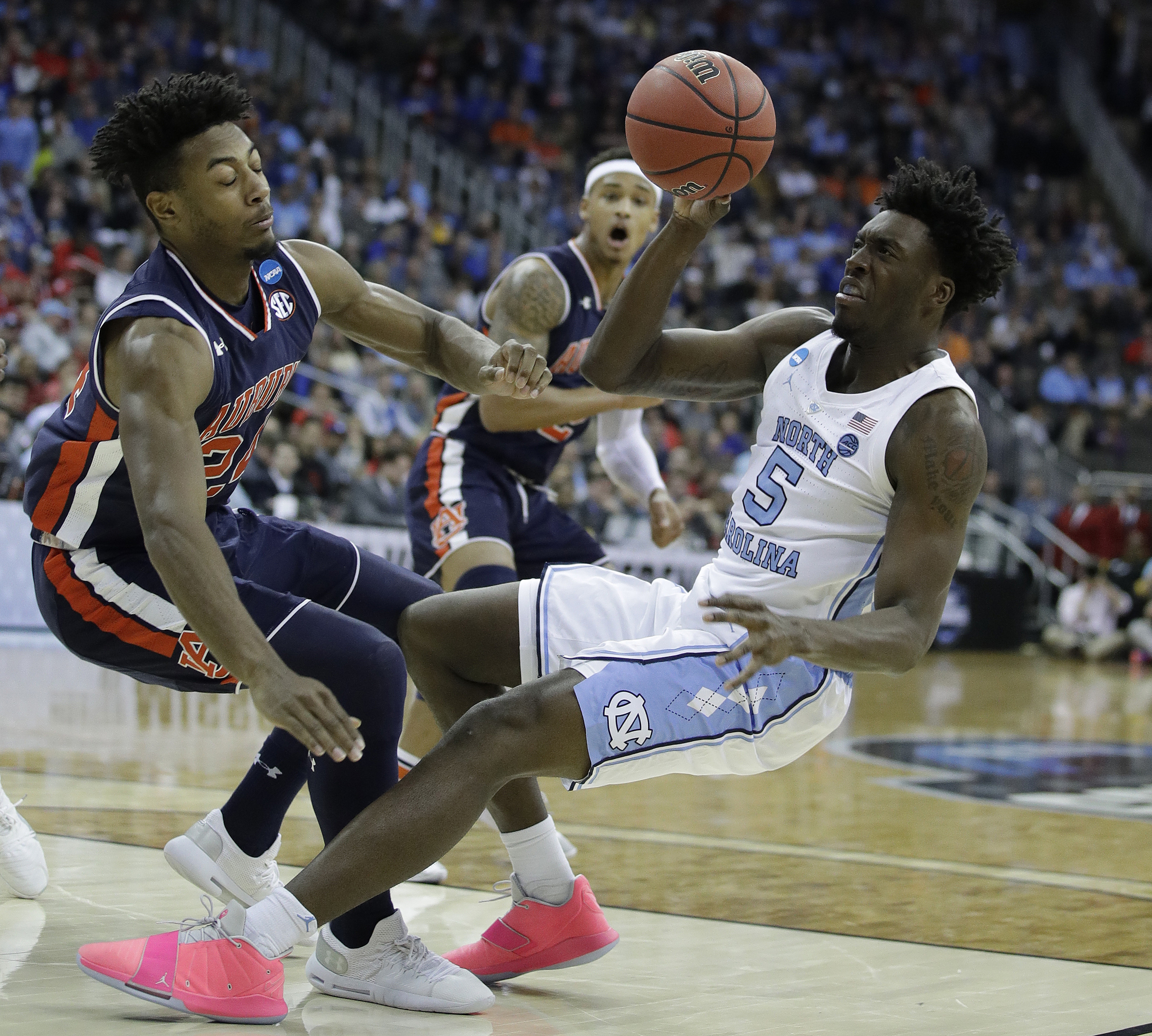 The Tar Heels' bevy of athletes could do nothing to slow down Auburn, which got 20 points and 11 boards from Chuma Okeke before he left with a gruesome knee injury late in the game. The big forward certainly didn't do it alone as the Tigers had six in double-figures scoring, and they knocked down 17 of 37 3-pointers in a virtuoso shooting performance.

It was Kansas last week. It was North Carolina on Friday night.

17 3's. Wow. Of course that's how many Iona would have hit if they had shooters.

It might be Kentucky next - the second-seeded Wildcats played No. 3 Houston in the second game in Kansas City for the right to face arguably the hottest team in the NCAA Tournament.

Coby White and Cameron Johnson had 15 points apiece for North Carolina, which had won 10 of its last 11 with the lone loss coming to Duke in the semifinals of the ACC Tournament.

Auburn-Carolina was the track meet everyone anticipated from the opening tip, the only difference that the Tar Heels preferred to go to the basket while the Tigers kept pulling up for 3s.

Roy Williams “I’ll never use my halftime talk again because it sure as dickens didn’t work”. pic.twitter.com/HqGJ7nzFRU

Yet they managed to track down all the long boards, allowing coach Bruce Pearls' team to hang tough on the glass against the team with nation's No. 1 rebounding differential. That in turn gave them second and third chances down floor, and allowed Auburn to take a 41-39 lead into the break.

The Tigers' run eventually reached 14-0 spanning halftime, giving them the first double-digit lead of the game. Roy Williams finally relented and called timeout, and the genteel North Carolina coach with the aw-shucks disposition spent most of it savagely ripping into his bench.

The Tar Heels responded, at least for a while. But even when Maye and Johnson managed to trim their deficit to 60-54 with 13 minutes left, and a building solidly packed with Carolina blue began to stir, a brazen bunch of Tigers answered by rejected a pair of dunks and knocking down a 3.

Or two or three of them.

In fact, they knocked down five straight 3s at one point. Purifoy had two, prompting Williams to ask, "Who has No. 3!?" The answer was nobody: Purifoy knocked down another for good measure.

The Tigers' momentum finally slowed when Okeke's left knee buckled on the way to the basket. The sophomore forward crumpled to the floor along the baseline, rolling around in agony and disappointment, and it eventually took two trainers to help him limp to the locker room.

Heck of a season at 29-7. Never fun when it’s over. pic.twitter.com/JLsiMVfuXx

Auburn gave him something good to watch on television.

Brown knocked down one more 3 to give the Tigers an 88-72 lead with 2:12 left, then took a steal for an emphatic breakaway dunk that the left the backboard shaking, and a single section sporting orange opposite the Auburn joined the rocking for a team headed to its first Elite Eight since 1986.

Tar Heels freshman Nassir Little checked in midway through the first half after dealing with flu-like symptoms all week. Little starred off the bench in wins over Iona and Washington but clearly slowed against the Tigers, finishing with four points in 12 minutes.

"Nassir didn't have the same lift and Cam wasn't the same person on the court, but those are just excuses," said North Carolina coach Roy Williams, whose team was the first No. 1 seed to go down.

Auburn was dynamic from the perimeter but dreadful from the foul line, going 8 of 17. It was a wonder that North Carolina didn't start fouling with about 5 minutes left, particularly the way the Tigers were shooting it from everywhere else.

North Carolina was 7 of 28 from the 3-point line, numbers that simply didn't add up against Auburn's barrage. Now the question becomes who will leave for the NBA? The Tar Heels have plenty of top pro prospects, and those upcoming decisions will largely shape next season.