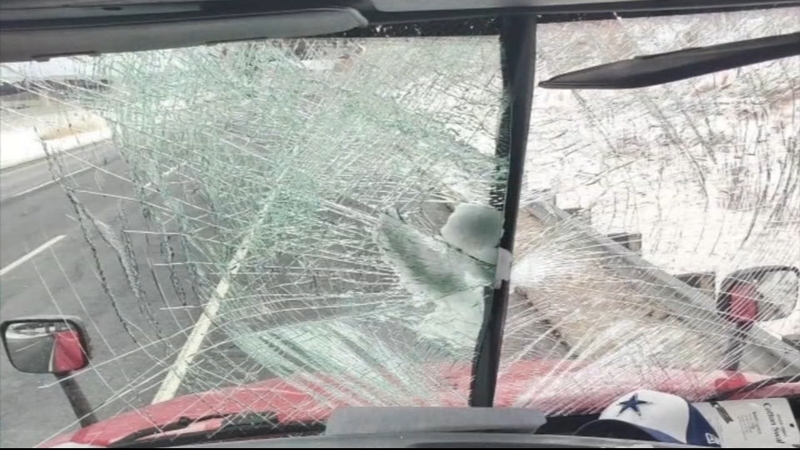 NEW JERSEY -- It was a close call for a truck driver after a large sheet of snow came crashing into his windshield while driving on the New Jersey Turnpike Wednesday evening.

Noah Williams says it happened near Exit 6 on the Turnpike while he was driving behind an 18-wheeler truck with snow still packed on its roof.

"It smacks my truck, smacks the windshield. I had a bunch of glass fly into my face," Williams said. "I almost lost control."

CLOSE CALL for a truck driver on the NJ Turnpike after flying sheet of snow and ice shatters his windshield. “I almost lost control!” @6abc https://t.co/WAZhcY0gQ6 pic.twitter.com/ha15FEmFPv

Williams, who says he thought he was going to die, even attempted to flag down the driver of the 18-wheeler but was unsuccessful.

Incidents like this are unfortunately not uncommon and are a big concern for drivers.

A rare Snowy Owl was spotted again in Central Park, one week after it was spotted for the first time in over 100 years.

"It's really annoying when people don't take the time to clean off their cars, especially trucks. It's a lot of snow," said Fadienne Nicaisse of Washington D.C

Officials in New Jersey are reminding drivers this week of the law to clear their car's roofs and hoods of snow before getting behind the wheel, especially with more inclement weather in the forecast.

Williams says he's been driving a truck for six years and this is the first time something like this happened.