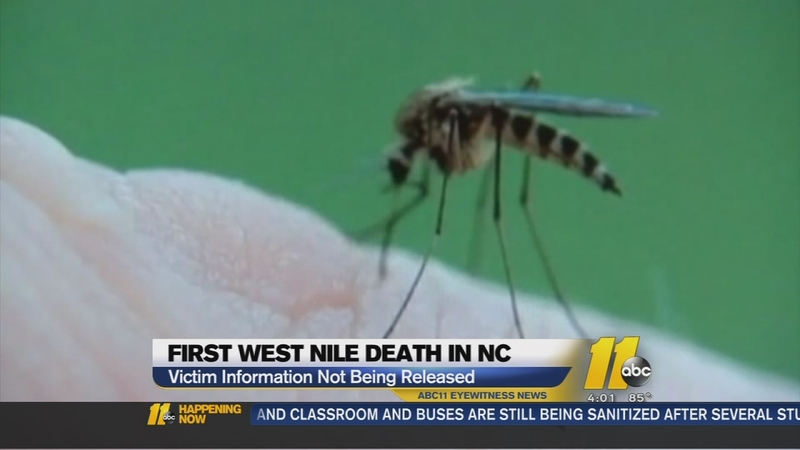 Health officials from the North Carolina Department of Health and Human Services' Division of Public Health also confirmed it was the first reported case of West Nile virus in the state so far this year.

Further details regarding the death is not being released to protect patient confidentiality.

Officials are encouraging residents and visitors to take precautions. Mosquito-borne diseases such as West Nile virus infection usually cause either no symptoms or mild, flu-like illness.

According to the Centers for Disease Control and Prevention most people (70-80%) who become infected with West Nile virus do not develop any symptoms.

However, it can cause more serious conditions, including encephalitis, meningitis and meningoencephalitis in about 1 percent of cases which can be fatal.

West Nile virus is one of several mosquito-borne viruses known to occur in North Carolina, in addition to eastern equine encephalitis and La Crosse encephalitis.