WTVD
By Diane Wilson
SMITHFIELD, N.C. (WTVD) -- Jennifer Soronen pleaded guilty Tuesday to 11 counts of conversion by bailee, which is a type of fraud.

We first introduced you Soronen back in May of 2013 during an I-Team Troubleshooter investigation.

It was then a Fort Bragg couple came to Troubleshooter Diane Wilson after they hired Soronen and her company, Baby Steps Egg Donation LLC, which had offices in Smithfield and Cary. The couple paid Soronen more than $5,000 for an egg donor. That never happened and the couple wanted their money back. When we confronted Soronen, she said it was all a misunderstanding and did refund the couple their $5,000.

However, there were more victims. Investigators say Soronen stole money from 11 couples who attempted to find surrogates through Soronen's company. In all, they said Soronen took more than $183,387.14 from the couples and used the money for personal services including breast augmentation along with hair and nail treatments.

"From this day on, I don't want to think about Jennifer again," said Lauren Onken.

In 2013, Onken and her husband, who live in Durham, decided to sign on with Soronen and Baby Steps Egg Donation, LLC, out of Johnston County for help in finding a surrogate to start their family. They sealed the deal with a contract. The process was smooth at first but a few months in Onken said things started to change.

"She became less and less available, both by phone and by email," said Onken.

Then they received a call from their attorney just before Christmas, "He said, 'Did you hear the money's gone,'" said Onken.

The couple was out about $20,000. The money disappeared from what Onken thought was an escrow account to be paid out when the baby was born. Instead, that money was being deposited into what Onken described as one big pot with money from other intended parents.

Many of the victims gathered in the Johnston County Courthouse with similar stories of loss for the judge. Collectively the victims are out thousands of dollars and for some of them the opportunity to have children.

After pleading guilty, a judge sentenced Soronen to at least four years behind bars. She was also ordered her to pay $183,387.14 in restitution to her victims.

In court, Soronen did apologize for her actions.

Onken told ABC11 that surrogacy is not regulated in North Carolina and she hopes this story will change that and save future families from similar heartache. 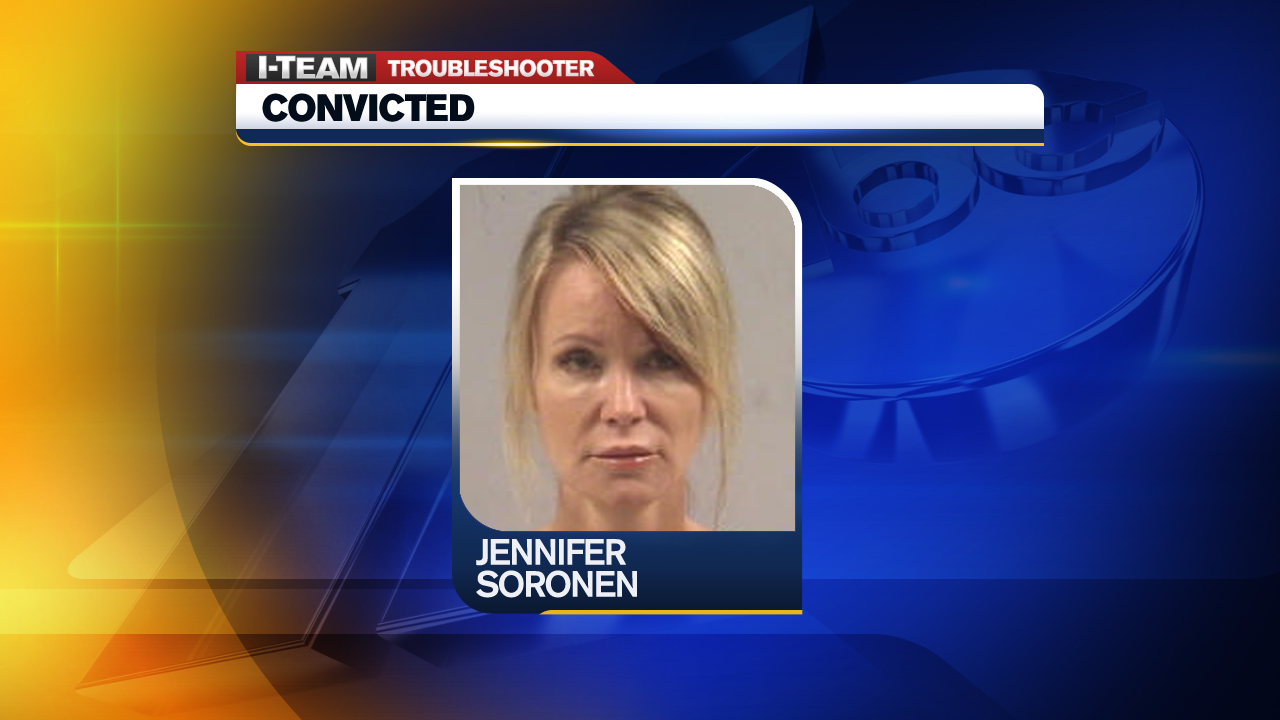 Johnston County woman pleads guilty to defrauding hopeful parents
Jennifer Soronen pleaded guilty Tuesday to 11 counts of conversion by bailee, which is a type of fraud.