WTVD
By Andrea Blanford
RALEIGH (WTVD) -- The man indicted on a first-degree murder charge in the shooting death of a young man outside his Raleigh home could get out of jail while awaiting his trial.

In a bond hearing Friday, Wake County Superior Court Judge Donald Stephens granted Copley a $1 million bond after going over some evidence and hearing arguments from both sides.

Authorities said Copley fired a shotgun from inside the garage of his house on Singleleaf Lane in Raleigh and hit Thomas. Thomas was taken to WakeMed where he died.

In court Friday, Judge Stephens listened to two 911 calls from the night of the fatal shooting. In the first call, which Copley made shortly before 1 a.m., he reported there being "hoodlums" racing outside his house, and saying he was going outside to secure his neighborhood.

READ MORE: Man accused of murder says he was protecting his home

"The initial 911 call, in the state's opinion, it does not appear to be that of a desperate man," said Patrick Latour, assistant district attorney. "It appears to be that of a man who is upset with people outside and is going outside to handle the situation himself."

In the second 911 call that Copley's attorney, Raymond Tarlton, said Copley's wife placed seven minutes later, Copley could be heard taking the phone and saying he had fired a warning shot and that someone was hit.

Judge Stephens noted the contrasting depictions of what led up to the shooting.

Prosecutors described a crowd noisily leaving a party at a house two doors down.

Copley's motion for a bond, on the other hand, Stephens said, read as though he was confronted with something similar to a war zone between competing gang members in front of his own house and that when police didn't show up right away, he took matters into his own hands.

Tarlton said it all started when Copley yelled from his upstairs bedroom window at the crowd below to quiet down. That's when he said Copley saw people coming into the yard, some of them brandishing handguns.

Copley went to the garage to send his 17-year-old son upstairs to be with his wife and two young daughters, Tarlton said. When he saw one person close to the house with a handgun exposed in their waistband, Tarlton said Copley fired one round from his shotgun through the window of the closed garage door. 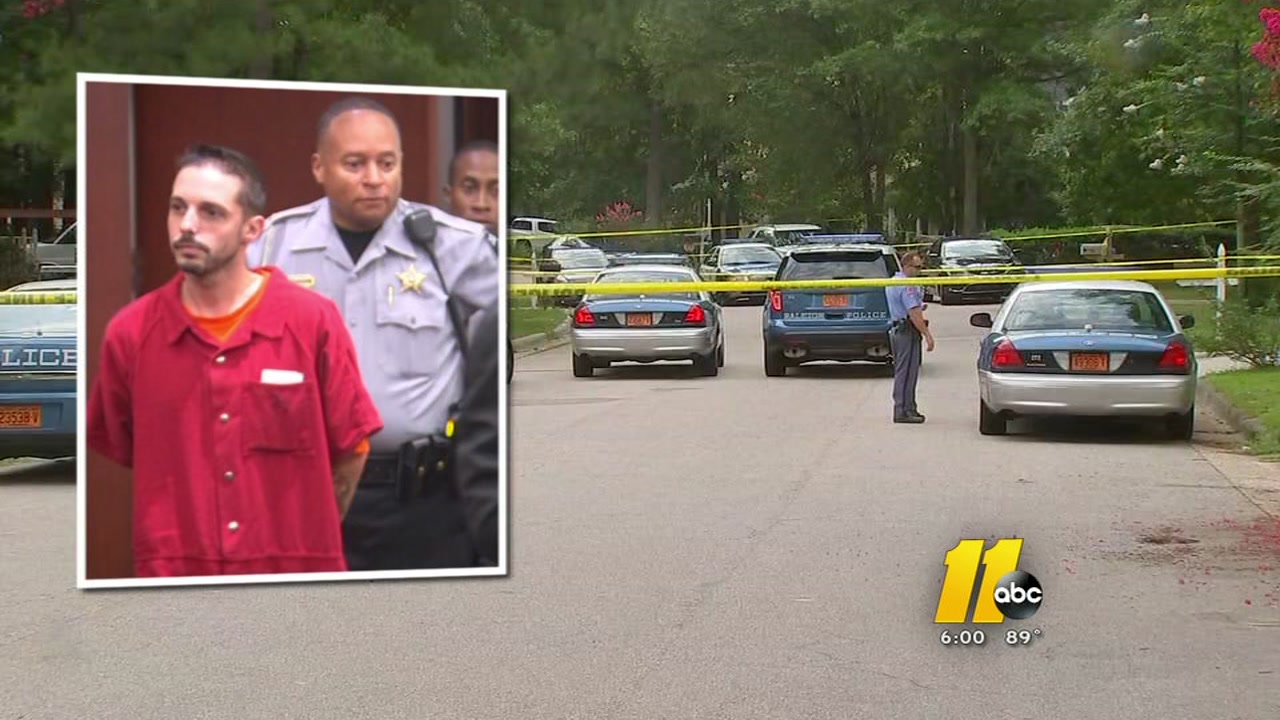 Family of man fatally shot holds news conference
The lawyer representing the family of the 20-year-old man who was fatally shot in a Raleigh neighborhood earlier this week says the shooter is "George Zimmerman 2.0."

"My son was innocent and whatever went on around him, went on around him, but it wasn't my son," Thomas's mother, Simone Butler Thomas, told ABC11 after the bond hearing. She openly wept in court while clinging to a teddy bear she said is an urn holding her son's ashes.

When Stephens asked what Copley's intention was in firing the round, Tarlton said it was "to dispel the threat."

Whether that shot that hit and killed Thomas was meant to do just that or whether he was an unintended target, his defense team wouldn't yet say; only citing North Carolina's castle doctrine, that he had a right to use deadly force to protect his wife and three children who were inside.

"There's nothing in the law that says you have to wait for someone to literally kick in the door," Tarlton said. "Bullets can fly through a house and kill people."

To that, Judge Stephens reminded him, it will be up to the jury to decide.

The suspect in this case is the son-in-law of ABC11 reporter Greg Barnes. This was a shock to him and all of us at ABC11. We'll continue to give updates as we get them