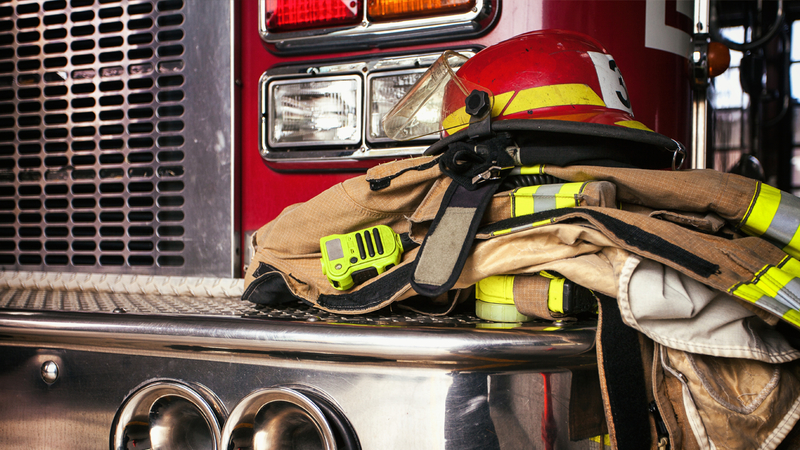 RALEIGH, N.C. (WTVD) -- A north Raleigh family is grateful for a lesson in their daughter's preschool class about fire safety, just weeks before an incident in their home.

Last month, Michael Hughey and his wife were woken up by screams they heard through a monitor in their 4-year-old's room.

"We thought she was having a nightmare," Hughey said.

As the couple made their way toward her room, the fire alarm started going off.

"We saw smoke coming out from under her door, and then we went into her room, and it was full of smoke already," Hughey recalled.

Hughey's daughter was on her bed yelling, right where they had discussed she should be in the event of an emergency. That made it easy to locate her through the smoke.

Once he made sure everyone was safely out of the house, Hughey returned inside.

He said the fire was caused by a malfunction in a humidifier, which was on the ground and caught the dresser next to it on fire. After that, the wall also caught fire.

"We couldn't see. When we got in the room, we could not see a thing. There was so much smoke, so we just knew she was going be on her bed screaming. And she was right there, where we (had discussed in) the fire plan," Hughey said.

"Just go over (the plan) with everyone once in a while. Go over where the fire extinguisher is, practice how to use it. And then have an escape plan, especially in a two-story house," Gaither said.

Planning, coupled with some luck, saved the day, Hughey noted.

"It was sort of an unreal experience about how lucky we were that the monitor was on," he said. "We didn't have the monitor off for whatever reason. And (that) the smoke detector works. If those two things for whatever reason wouldn't have worked, it would have been a terrible situation that we don't even want to think what the future would look like. You never think a fire could happen to you in your house, and it was a really surreal experience just how lucky we were."

Part of the team to respond to the home were volunteers, a common occurrence in North Carolina where more than 70% of firefighters in the state are volunteers.

"It's a real big deal for a person to take time out of their normal schedule to be a volunteer," Gaither said. "It's a lot of training and a lot of time that goes into training folks. And the commitment to staying up on their certifications."

That commitment and training paid off when firefighters reached the Hughey's home.

"They were very, very helpful to us and our daughter and calming her down, telling her how great of a job she did to save the family," Hughey said. "They're waking up at 3 a.m. to come help their neighbors. That's just a really, really great service to the community."

Wake County is one of a dozen counties statewide to take part in a national initiative to increase volunteer numbers, made possible by a Staffing for Adequate Fire and Emergency Response (SAFER) grant.

"It really helps out that we can operate at a higher level to help your community out, so this is very important even in a county like Wake County that is really well-funded," Gaither said.

The Hugheys were forced out of their home for a week because of smoke damage but have since been able to return.