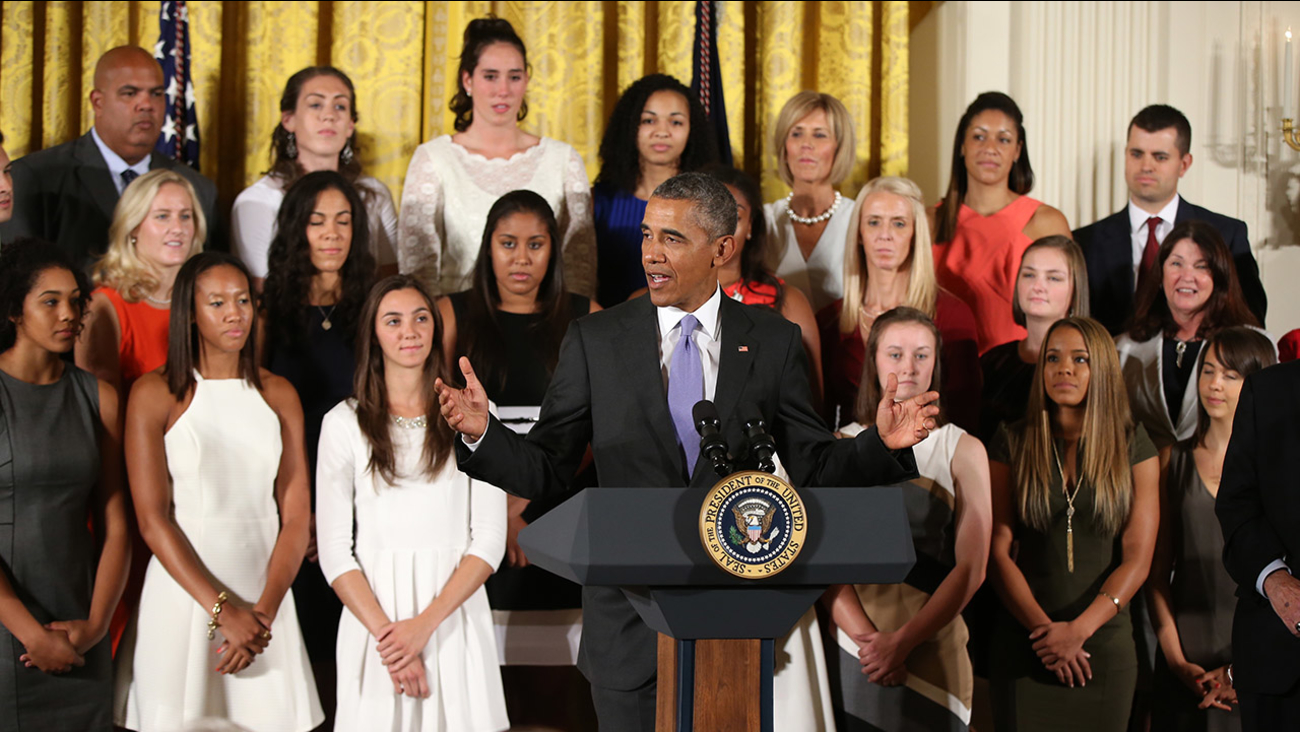 WASHINGTON -- The University of Connecticut women's basketball team is "certified to provide White House tours" after its frequent victories and visits to the executive mansion, President Barack Obama said Tuesday.

"I was telling folks, this is becoming like the annual Christmas tree lighting," Obama said, drawing laughter in the East Room. "We do this every year around this time."

Obama honored the team for its third straight national title and 10th overall. The UConn women won the 2015 NCAA championship in April with a 63-53 victory over Notre Dame.

The president also cited the team's academic achievements and work in the Hartford community, an effort that includes hosting Thanksgiving and winter food drives, a Christmas party for terminally ill children, basketball clinics and bike drives.

The team serves as an example to young women, Obama said, including his two daughters, Sasha, 14, and Malia, 17.

"When I've got two daughters who are tall and gorgeous and athletic, for them to know that they've got a whole bunch of people ahead of them who are doing great stuff, it empowers them and it makes me feel very proud to be with these outstanding young women," he said.