Our curated list of the best things to do the weekend of October 29- November 1. You've worked hard this week-go have a little fun. 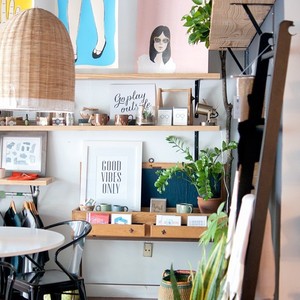 You'll learn how to make a set of functional and decorative nesting leather trays perfect to catch keys, pocket change, rings and all those odds and ends that need wrangling in your office. They would make a great gift, too! Gather is undergoing a big transition! It's relocating from Cary to Raleigh and that means a little confusion! Their new shop is located at 715 N. Person Street, but the entrance is is located near Oak City Cycling at 212 E. Franklin Street. All classes will be taught at this location from now on and the shop will open in late October/early November!

Gather is kind of perfect. Especially if you're an arts entrepreneur, love shopping local and always looking to get your hands dirty with another project. Gather functions as a beautiful (and plant filled) gift shop and classroom featuring curated selection of artisanal products, such as local foods, plants and terrariums, jewelry, apparel and accessories, note cards, the list goes on...

Gather also hosts classes and workshops for those eager to expand their horizons. Classes range from floral arranging and crafting to classes on how to launch a new biz. (Photo via @gathercreatives) 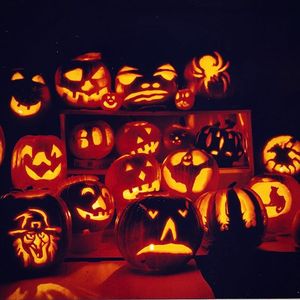 Big Boss really delivers every fall with Harvest Time, their fan-freaking-tastic seasonal brew. It's time to celebrate another successful batch with a Pumpkin Celebration & Pumpkin Carving contest! "Think you have the pumpkin carving chops to beat out the rest of Raleigh's pumpkin carvers? Well start sketching, whittling, carving, whatever it takes to transform your gourd into the Starry, Starry Night of pumpkins. Big Boss is throwing a big pumpkin party to celebrate the season and their seasonal beer with a pumpkin carving, painting and decorating contest. But that's not all. There will be prizes from Big Boss and other local businesses for first, second and third place, food trucks, scary movies and the debut of Bourbon Barrel aged Harvest Time at the brewery!

Pumpkins should be created before arriving at Big Boss and delivered between 4"6p. Judging will start at 6:30p and winner will be announced at 7p. Even if you don't carve a pumpkin, come out to admire the handiwork of the pumpkin artists and drink a Harvest Time. (Photo via @ucruston) 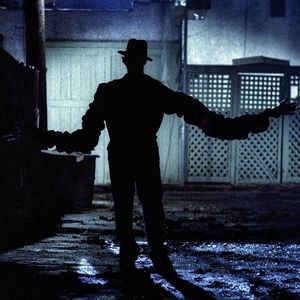 Get Scared Silly at "A Nightmare on Elm Street"

Freddy Krueger's comin' for you. For one night only, the Rialto will be showing this 1984 horror flick to raise money for The LGBT Center of Raleigh. It's pretty simple, show up at the Rialto on Thursday night for the classic horror flick that spawned the Friday the 13th spinoffs. The Rialto is cash only, so come with at least a $5 for admission and maybe a few extra bucks for booze and snacks. Doors open at 7:30p and the movie will roll at 8:20p. A portion of the box office sales from the evening will go to The LGBT Center of Raleigh. (Photo via @hiyee.anna) 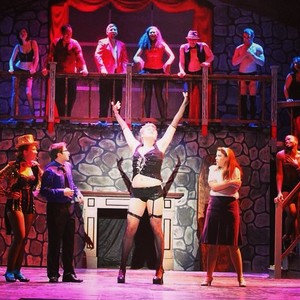 Do the Time Warp at Rialto's Rocky Horror

If you're not easily spooked and like a little underwear running to accompany an evening at the theater, head to the Rialto for one of our fave cult classics. Originally produced in the 70's, Rocky Horror Picture show, a musical-comedy-horror film, has been intriguing moviegoers for decades. With a zany blend of science fiction and bizarre dialogues, it is good the first or the fortieth time you see it, and nothing sets the stage for this story better than Raleigh's oldest theater.

The show occurs every 1st, 3rd and 5th Friday of the month and kicks off at midnight, but don't worry you'll stay awake as audience members are encouraged to participate. Just make sure you're following the basic rules. The guys at the Rialto also suggest showing up at 11:30 with your $6 CASH ready to go. Don't be surprised to see some whacky clothes and perhaps even an underwear run. Happy Rocky Horror, everybody! (Photo via @eyannagruver) 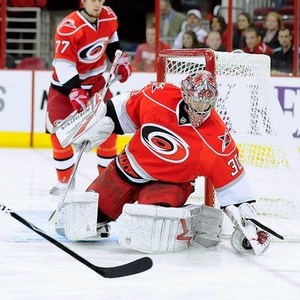 Come watch the Hurricanes blow away their opponents, where icing means more than just a cupcake topping. The Carolina Hurricanes play in the Metropolitan Division of the Eastern Conference of the National Hockey League (NHL). They are the only major league professional sports team to play in Raleigh. They were transplanted to Raleigh from Hartford Connecticut in 1997. Since then, they've won two conference championships (2001-02, 2005-06) and one Stanley Cup (2005-06). $30+ 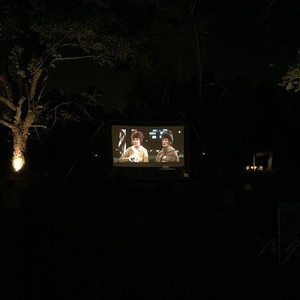 Movies and wine go together like Hall & Oates, Burt & Ernie and PB&J. Soak in the breeze on the lawn while sipping local wine from Doyle's Vineyard - there's nothing more romantic! The quaint Doyle's Vinyard opens its lush outdoor space to moonlit movie gazing. And did we mention it's free? Roll up at 7:30p (movies start right after sunset, but you'll wanna get there early and claim your space!), bring some lawn chairs, and enjoy blockbuster classics with local vino (or soda and water for purchase if you're packin' some little ones), food truck desserts, and wine slushies! There's no classier way to beat the summer heat than sip sweet vino while frolicking in the grass. (Photo via @doylesvineyard) 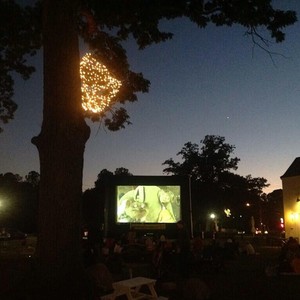 Watch Halloween Classics on The Green

Bring out the blankets and bundle up for a pre-Halloween double feature of the Halloween classic 'Hocus Pocus' and 'Labyrinth' outside on The Green. Get in the Halloween spirit with a Halloween double feature at Lafayette Village. Come for one or both, but make sure you bring your blankets and chairs - the movies will be shown on the big screen outside on The Green. If you have wee ones, bring 'em early for Trick-or-Treating (5:30p-7:00p) at Lafayette Village shops. "Hocus Pocus" starts at 7p and "Labyrinth" follows. Oh, and did we mention there will be free popcorn thanks to Traveling Screens? (Photo via @travelingscreens) 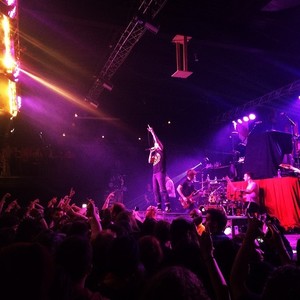 Ben Rector with Judah & The Lion

The Ritz has been a staple of live music in Raleigh for years, but a recent face lift has elevated it from a well-worn venue to a place that feels brand spankin' new. Major renovations include new restrooms, stage, sound & lights, air conditioning, an outdoor patio and an all new VIP area upstairs. It's a whole new Ritz Raleigh with the same attitude of the old Ritz! (Photo via @zachmoxley1) 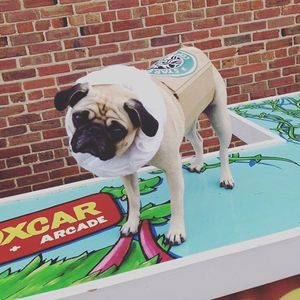 Dress to Win at Boxcar This Halloween

Dogs, kids, friends, families"Boxcar is doin' a little something for everyone this Halloween. Join them for a costume contest for everyone and two different parties. If you're looking for some wholesome family fun, or a place to show off your pooch's super fly costume, head to Boxcar early on Halloween. From noon to 4p they'll be hosting a family-friendly Halloween Party & Costume Contest with candy for the little ones, prizes for the best family costume and the best dog costume. Post pictures of your pup using #boxcarbowows!

Later on (9p-12a) comes the late night Halloween party with another costume contest and plenty of giveaways. If you're in it to win a prize, this is the place to be! 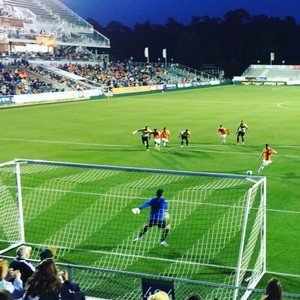 Soccer: only the most popular sport on earth, and one of the biggest sports here in the Triangle! Get your own local fix of the worldwide craze with the Carolina Railhawks at Wake Med Soccer Park. Soccer's more than the obligatory sport we're all shuttled through as kids! Now that we're all grown up, futbol matches go hand-in-hand with a beer and some friends, just like its misnomer'd American counterpart (except with less time-outs and more vuvuzelas).

The Railhawks represent the Carolina's in the North American Soccer League (NASL) and carry a winning tradition, even against big-name teams like the LA Galaxy, and the MLS' FC Dallas! All home games take place at Wake Med Soccer Park in Cary, the regular host of the NCAA Final Four Division I soccer tournament. Even better, they play almost weekly during the spring, summer and fall months, so really you have no excuse not to go. Games are lively, fast-paced, and you'll even be able to perform your best TV sports announcer impression: "GOOOOOOOOOOOOOOOOOOOOOOOOOOOLL!" 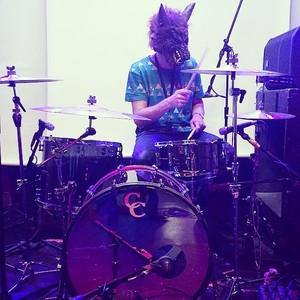 Kings is doing what they do best for Halloween - a party with lots of music, lots of fun and, of course, costumes! Come one, come all to Kings for a night of music from four local acts. Come in costume, or don't, but come ready to party. Pics or it didn't happen? Perfect, photo booth will be open from 9"11p so you can commemorate your night. Tickets are $10, grab one here.

Raleigh Come watch the Hurricanes blow away their opponents, where icing means more than just a cupcake topping. The Carolina Hurricanes play in the Metropolitan Division of the Eastern Conference of the National Hockey League (NHL). They are the only major league professional sports team to play in Raleigh. They were transplanted to Raleigh from Hartford Connecticut in 1997. Since then, they've won two conference championships (2001-02, 2005-06) and one Stanley Cup (2005-06). $30+ 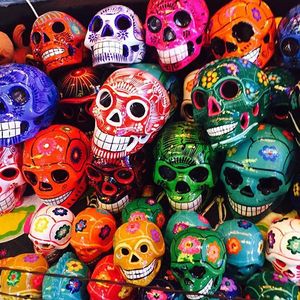 Post-game Halloween with another celebration, Day of the Dead. Calavera is turning up with calavera face painting, $5 margs, a DJ and costume contest. The party doesn't have to stop when Halloween is over! Calavera, Raleigh's empanada and tequila hot spot, is throwing down for the Mexican holiday, Dia de los Muertos. The word "calavera" actually is the representation of the human skull for decorative purposes, most often for the holiday. You've probably heard them as "sugar skulls" before because they're commonly made of sugar or edible treats! 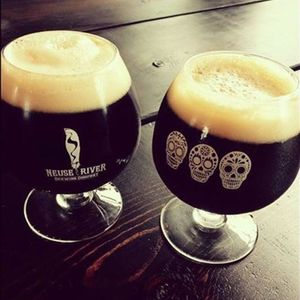 Cheers to Day of the Dead at Neuse River Brewing

Neuse River Brewing isn't throwing your typical Halloween brewery bash"they're finding inspiration from Dia de los Muertos. Celebrate with the kids during the day and ditch them for the dance party. Neuse River is celebrating Halloween in style. They brewed up a new Imperial IPA and they're infusing it with cinnamon, chocolate and chilis. Wow, we want that! But they're doing you one better - they're serving 'em up in special edition NRBC Dia de los Muertos glasses that are also available for purchase. We want that, too! Beer will be served all day, but there will also be plenty of other festivities to keep you or your kids busy.

From 12p-7p kids will be entertained with Dia de los Muertos face painting (adults don't be shy - you can do it too!), arts and crafts and The Book of Life movie. After the kids are in bed, get ready to dance and party the night away, or at least 7p-11p. (Photo via @Neuse)

Kickoff your Halloween celebrations like a grownup in a gorgeous, secluded vineyard with NC wine and candy. Halloween doesn't always have to be spooky - sometimes it's sugar sweet! Head to Doyle's Vineyard on the big day and get your fix while pairing local wine and Halloween candy. It's the perfect match! Moms - got a bunch of little rascals you're gonna take trick-or-treating? Why not treat yo'self (pun intended) to some adults-only snacks before going door-to-door all night long! Does a little gal time sound appealing? Yeah, we thought so!

Five pairings cost $10 and are first come, first serve. Dress up is highly encouraged too. (Photo via @plumderp)