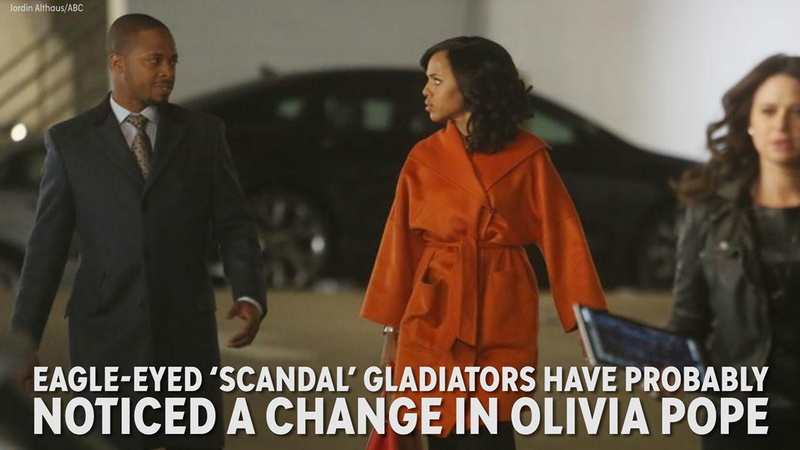 Gladiators, have you noticed a difference in Olivia Pope recently?

She's wearing colors. The powerhouse D.C. fixer, who has been known for rocking neutral black and white outfits, has stepped into some bright new ensembles. If the change feels intentional to you, you'd be right.

Kerry Washington, who helps pick out her character's wardrobe, said that the change was meant to reflect the way Olivia has been reinventing herself since the season 5 winter finale.

"There's been a lot of attention to the fact that she's wearing brighter colors all of a sudden," the actress told People Magazine, "and I think that's in great part to what happened in the winter finale and having to make some really difficult, heart-breaking choices, and needing to kind of reinvent herself and re-establish who she is for herself and heal herself."

In the mid-season finale, Olivia and Fitz broke up after one of the most dramatic screaming matches in the history of Scandal. Olivia left the White House to return to her life at Olivia Pope and Associates.

The show's costume designer, Lyn Paolo, also said that the show wanted to communicate that this is a new day for Liv.

"When they see these bright colors people should know: this is a new human," she told Entertainment Weekly. "Olivia is blossoming."