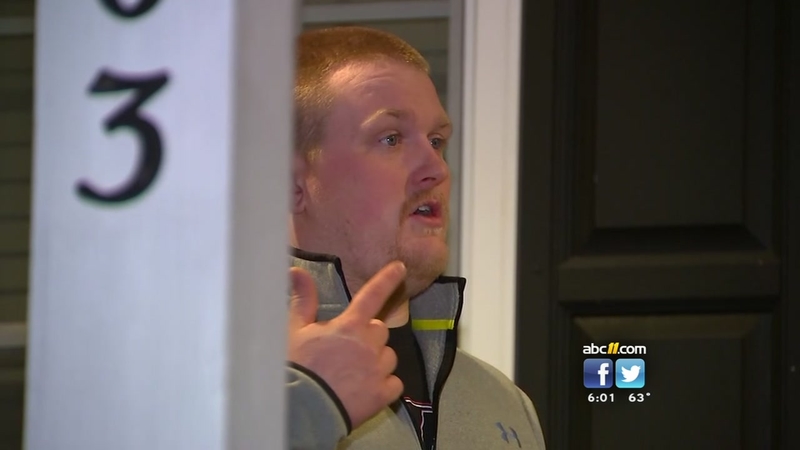 It all began around 11 p.m. when Mebane police called the Orange County Sheriff's Office for help tracking down a man who broke into a home off Old Hillsborough Road - inside the city limits - and assaulted the two occupants.

Authorities said the suspect, Keo Crockett, was armed and had fired the gun during the invasion.

Deputies tracked Crocket to a home in Efland off Virginia Lee Lane. They knocked on the front door and Crockett exited holding a gun, which they said he raised and pointed at the deputies.

Neighbor Wesley Dawson said he was outside smoking a cigarette when he saw deputies rush up to the home.

"I figured something bad had to be going on for this happen," he said.

Then he watched as deputies opened fire.

"I watched the muzzle flash. The smoke come out of the gun and everything," he said.

Dawson said after the shooting that deputies performed CPR on Crockett.

It happened at a home in Efland

"This is the first time anything like that's happened. We've been here 11 years," said Dawson. "It was the quickest thirty seconds of my life."

"We want to say that our thoughts and prayers are with the decedent's family and friends," the Orange County Sheriff's Office said in a statement. "The loss of human life under circumstances such as this is tragic and leaves us all asking why."

The officers involved have been identified as Deputy Duke Ashley and Deputy Tyler Chelenza. The have been placed on routine administrative leave while the shooting is investigated.