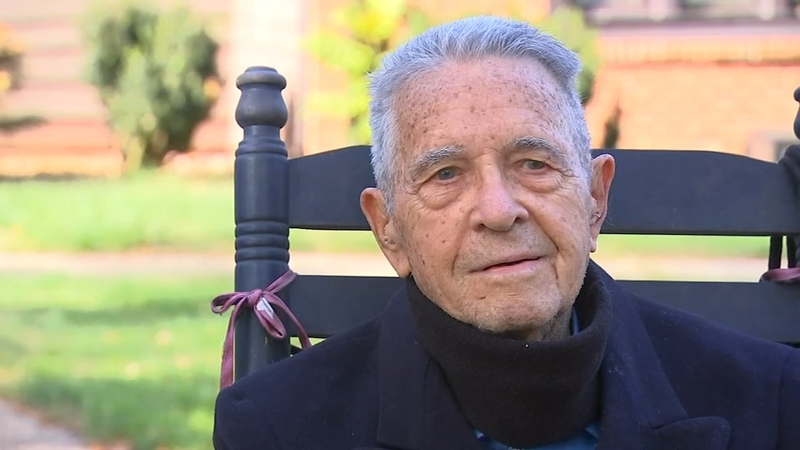 RALEIGH (WTVD) -- The Allied Forces defeated the Nazis and then the Japanese, saved the free world and protected our way of life, but the heroes who fought those battles will never beat the clock.

Of the 16 million American veterans of World War II, just 325,000 are alive in 2020, while nearly 300 of those vets die every day, according to the National World War II Museum. In North Carolina, there are just under 9,000, including 99-year Col. Durwood Williams.

"Sunday, the 7th of December, I heard on my grandmother's radio that the Japanese attacked Pearl Harbor," Williams told ABC11. "I joined the Army, went through flight school and spent two years in the service in the Pacific."

And that's putting it mildly.

Williams earned his wings and piloted 46 missions during the war, including flights over Japan. The nonagenarian and retired air force colonel would earn a half dozen decorations over a 33 year career, including the Legion of Merit.

"I felt it my duty," Williams said. "Freedom is a fragile state. Every generation has been called to defend the freedom their fathers and grandfathers left them. I was not unique."

The COVID-19 pandemic, unfortunately, has only exacerbated the fragile lives of this most vulnerable population. As more veterans and Holocaust survivors pass away, the next generation must then bear witness to their children and grandchildren.

For years, the U.S. Department of Veteran Affairs recruited filmmakers and volunteers as part of a project called "My Life, My Story," and a series of podcasts recording veterans stories to share with V.A. medical staff and the general public.

"I was looking around for a way to give back, and this seemed like a great opportunity to express my patriotism in a way that's kind of hard to do sometimes," filmmaker Revere La Noue told ABC11 in July 2018. "I realized that these stories can't vanish, and they are, they're vanishing very quickly. It was important not just for me to hear them, but for the next generations of people to hear them."

The Durham V.A., however, has been forced to put that effort on hold as the hospital limits visitors to protect patients from COVID-19.

As he celebrated his latest birthday, Williams showed no such sign of regret or fear of the virus or anything else.