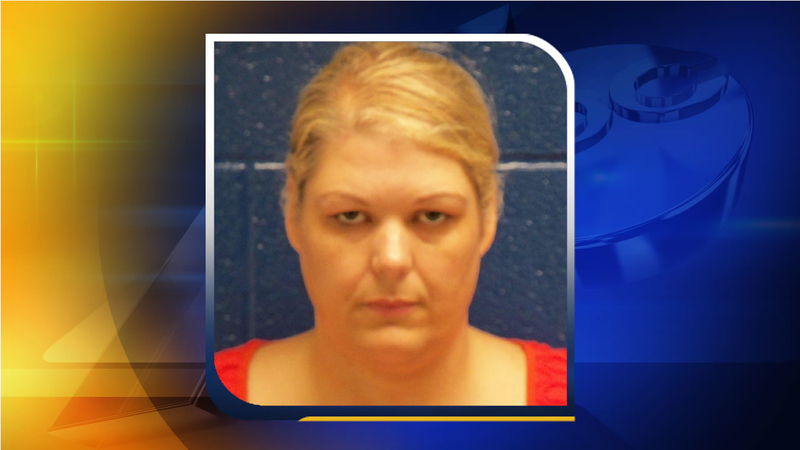 NASH COUNTY (WTVD) -- Julie Crumpler Peele was back in court Tuesday facing five additional felony charges of obtaining property under false pretenses. These are in addition to the two charges she already faced last month after we heard from two different viewers who say Peele sold them sick puppies.

When I confronted Peele in October, she denied the puppies she sells are sick.

"These puppies are not sick. They get shots from Tractor Supply and worming," Peele said. "This puppy is fine. Look, it doesn't look sick at all. It's had what it's supposed to have at his age so I'm not doing anything illegal, anything wrong."

Tuesday after court, Peele would not answer any of my questions - only hiding her face.

Julie Peele hides her face as Diane tries to talk to her.

After my story on Peele in October, I heard from more viewers who tell me she sold sick puppies to them.

McKeithan told me she met Peele in July, 2014 and bought a dog named Gunner from her.

"My mom was holding him and we felt that the stomach was really tight, and so my mom asked if the dog was sick, and she said no he just didn't like car rides. So I thought he was just sick from that," McKeithan added.

But she said within 24 hours of buying him from Peele, Gunner had to be rushed to the vet. McKeithan said the vet suspected the parvo virus and also that Gunner had parasites and bacteria in his bloodstream. She spent over $2,000 in vet care for Gunner, and said the vet did everything she could to get Gunner healthy, but nothing was working.

She had to put Gunner down, and now she has a message for Peele: "Just for her to stop doing this and for something to be done."

A Fuquay-Varina family also wants Peele to stop. They tell me they bought a pup from Peele in March and the health records Peele gave to them states the dog is a Chihuahua-poodle.

They tell me Peele told them the dog would never weigh more than 15 pounds. Months later, the dog is now 50 pounds and looks nothing like the health record claimed. They also tell me they spent $700 in vet bills shortly after buying the pup from Peele. They finally have a healthy dog, just not the right breed.

Then there is Hank.

His owner said she spent more than $2,000 at the vet to save him after she bought Hank from Peele in 2012. She said Hank suffered from dehydration and also had worms.

Then there's Teddy, his owner told me they bought Teddy from Peele in September.

She was also to get a health record from Peele that stated Teddy got his first round of shots. Soon after getting Teddy home, he ended up at the Carver Street Animal Hospital in Durham. Dr. Todd Bashor treated Teddy.

"He wasn't interested in food. He was kind of throwing up here and there," Dr. Bashor said. "I think with him, we caught him soon enough. If we had waited another day, I mean it's hard to say if he would have responded as quickly as what he did."

"It was kind of just a flimsy piece of paper with kind of some boxes on it," he said.

He said a shot record typically has more detail and if he got a health record like that, "I would consider that he did not get vaccinated, because you just don't know where they are getting those vaccines from."

Dr. Bashor said if you are buying a puppy from someone do your research. A reputable breeder will have a health record that is stamped by a reputable veterinary office. He added checking out the home and conditions of where the puppy has been living before you buy is also wise.

Of course, shelters are full of good pets also. Here are just a few that are packed right now with animals who need a good home: