Perseid meteor shower 2021: How to watch in North Carolina 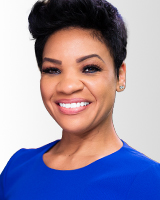 The Perseid meteor shower, which NASA considers one of the best of the year, will be visible from North Carolina this week.

RALEIGH, N.C. (WTVD) -- The Perseid meteor shower, which NASA considers one of the best of the year, will be visible from North Carolina this week.

The show starts peaking in the Northern Hemisphere around dawn Thursday, August 12 and Friday, August 13. But you may catch a few overnight and into dawn Wednesday morning.

The meteors are from leftover comet particles from Comet 109P/Swift-Tuttle and bits from broken asteroids. When comets come around the sun, they leave a dusty trail behind them.

According to NASA, it was Giovanni Schiaparelli who realized in 1865 that this comet was the source of the Perseids.

The Perseids are best viewed during the pre-dawn hours, though at times it is possible to view meteors from this shower just before midnight.

You don't need any special equipment: the naked eye is fine. Thankfully, the moonlight won't be an issue this week (waxing crescent), so all you need is a wide-open sky.

Where to View in Central North Carolina:

The key to viewing a larger number of meteors is location/surroundings. The darker the sky, the better you'll do.

The scientists at NASA calculated and put together meteor observation rates for different locations around the U.S, including right here in central North Carolina.

-If you live in the country, you should see between 40 and 50 meteors just before dawn.

-If you live in the suburbs, you should see around 9 meteors just before dawn.

-If you live in the city, you should see around 2 meteors just before dawn.