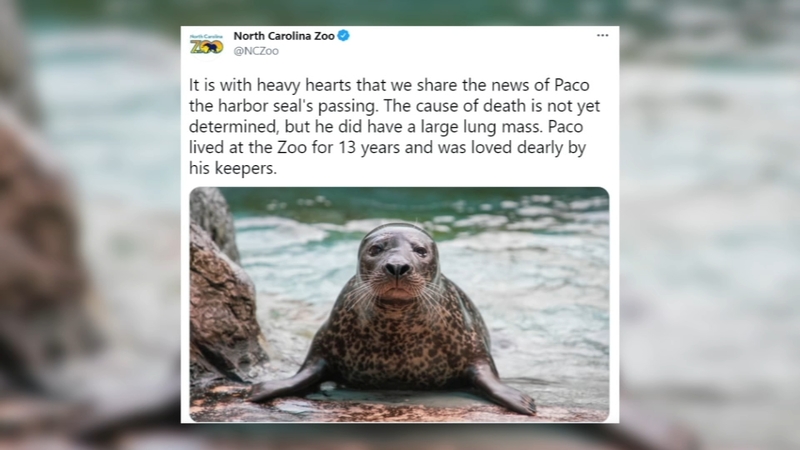 Paco lived at the Zoo for 13 years, according to a Facebook post. The seal's cause of death is not yet determined, but he did have a large lung mass.

"Paco was an amazing seal. He was handsome and strong. Super smart. Craved challenges. Always made his keepers think and try new ways of doing things," said Sally, a keeper at the Zoo. "And no matter what, he always made us laugh and smile. From the goofy looks to the exasperated eye rolls when we weren't doing something to his liking to the crazy spurts of energy during sessions to the underwater grumblings and vocals during the summer season. He was truly one of a kind."

In July, the zoo announced staff members had to put down a 31-year-old bear Tommo as its "quality of life quickly declined." According to the zoo's director of animal health, the grizzly bear's health had been declining in the span of a week due to old age and "unknown causes."