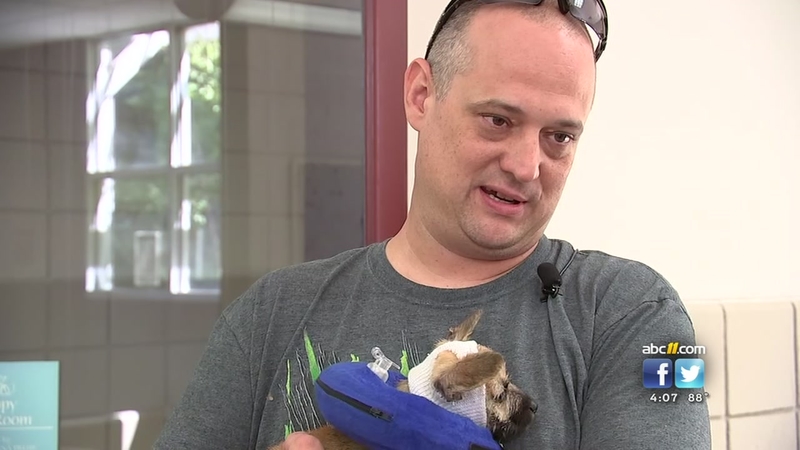 ZEBULON, N.C. (WTVD) -- A puppy is recovering after being found tied to a tree near a swamp in Zebulon.

Nash was found tied to a tree and rescued. He’s going to be up for adoption at the @SPCAwake when he’s healthy. His foster dad thinks he’s deaf. #ABC11 pic.twitter.com/KjA0bPqm8E