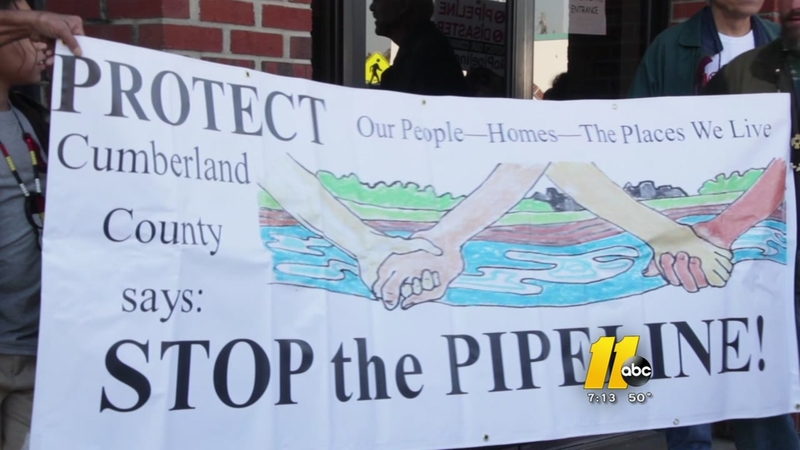 Demonstrations were held in Cumberland, Nash, and Robeson counties. People voiced their concern about the potential impact it would have on water and the climate.

Duke Energy and pipeline partner Dominion Power are proposing to build the $5 billion pipeline to bring natural gas from the northern fracking fields through Virginia and into North Carolina at Northampton County.

Duke Energy says the pipeline would have a positive economic impact on North Carolina.

Meanwhile, in North Dakota, officials have asked the Army Corps of Engineers to speed up its decision on whether to allow a company to proceed with laying a section of the Dakota Access Pipeline.

The pipeline would lay under a Missouri River reservoir.

On Friday, the North Dakota Governor Jack Dalrymple said that protests against the pipeline in and around the state capital have created a "tremendously challenging situation."

Demonstrators have protested in several locations this week, including at the State Capitol building, and the state-owned Bank of North Dakota.