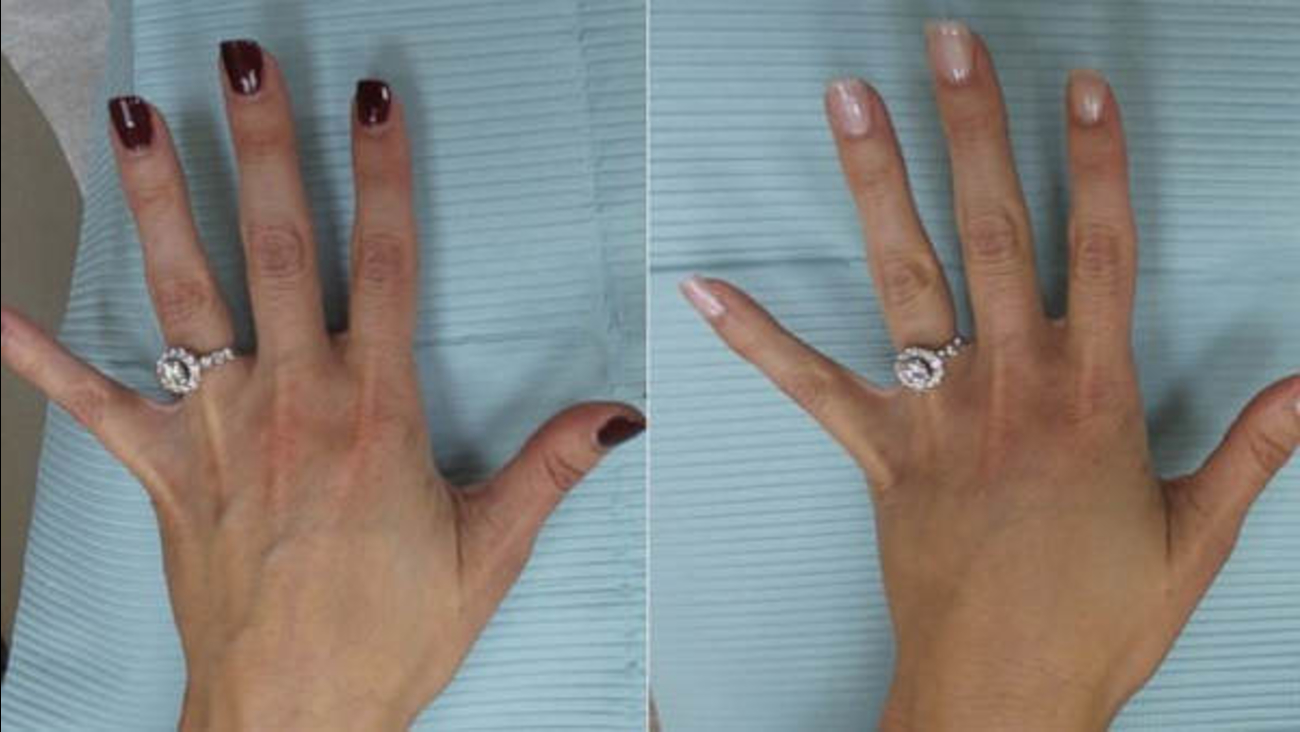 NEW YORK -- When Christa Hendershot got engaged last fall, she, like thousands of other women, wanted to show off her engagement ring on social media. But after snapping a few photos, she realized she didn't like the way her hands looked.

So the 33-year-old from Mount Sinai, New York, turned to plastic surgery, hoping it would smooth out her hands in order for them to become more "selfie worthy." She recently shelled out more than $3,000 for hand rejuvenation at her plastic surgeon Dr. Ariel Ostad's office in New York.

Hendershot told Ostad she was unhappy with her hands because she thought they were veiny and her knuckles were "very red."

Within minutes of the procedure, Hendershot was happier about the appearance of her hands. "The veins are not as blue," she said.

Ostad said he has had several patients show him photos they had taken of themselves and point out their flaws.

"I've noticed over the last six months (that) patients actually bring a selfie in the examining room," he said. "They show me what bothers them and what they would like to fix."

The quest for the perfect selfie photo has gotten so extreme that filters and photo edits just aren't cutting it for some people, who are instead going under the knife to physically alter their appearance in hopes of a better selfie.

After seeing how she looked in photos from her wedding day, Jen Muir, 33, said she realized she hated the way her nose looked and has shied away from taking selfies ever since.

"I can see everybody posting pictures of themselves, and I'm thinking, 'Why can't I do it? What's the problem?'" the Long Island, New York, woman who's originally from Costa Rica said. "I saw a guy taking a selfie one of these days, and I thought, 'I wish, I wish I could do it.'"

Her plastic surgeon, Dr. Samuel Rizk of New York City, also credited social media for an uptick in business, the biggest trend he has seen in his 16 year career. "I personally would see two to three patients a day that have come in from selfies and social media," he said.

Muir was so happy with her new nose that she started crying.

"I love it," she said. "I just see my eyes and my lips and my teeth. I can see my teeth more, and that's what I wanted."