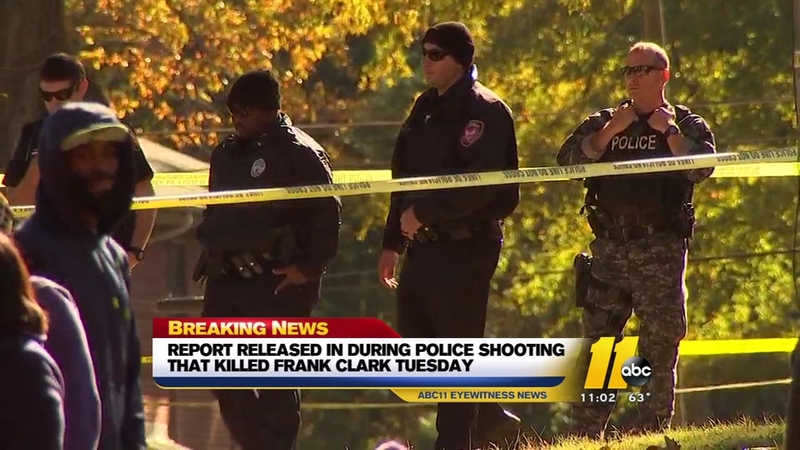 DURHAM (WTVD) -- Durham police released a report late Tuesday on an officer-involved shooting that left a man dead in Durham.

The report says officers M.D. Southerland and C.S. Barkley started talking to Clark when Clark reached for his waistband and a struggle started.

During the struggle, the officers heard a shot and Southerland fell to the ground.

Barkley fired his weapon in response.

The report says a loaded 9 millimeter handgun was found on the ground next to Clark.

It had been reported stolen in January.

As EMS treated Clark at the scene, a white, rock-like substance wrapped in a plastic bag fell out of Clark's pants, the report said.

The gun and the bag were sent to the SBI for examination.

The report cautioned that additional details about the incident would likely arise as the Durham Police Department's Professional Standards Division conducted its own investigation.

The SBI is conducting an independent investigation, as is standard practice in an officer-involved shooting.