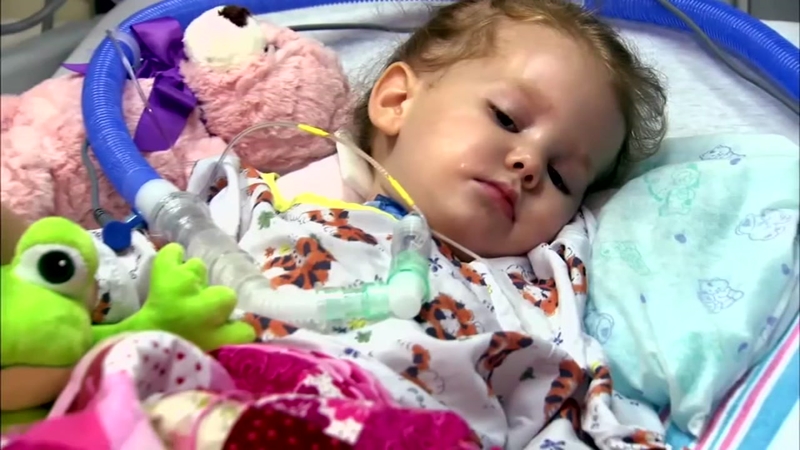 New numbers in from the Centers for Disease Control are showing more cases of a rare, polio-like illness affecting children nationwide.

The CDC announced they are investigating 155 cases of AFM, or acute flaccid myelitis, which is up from just 127 cases a week ago.

AFM can cause paralysis and mostly affects children.

The average age of patients is just 4 years old.

One of those patients is 4-year old Camdyn Carr of Virginia.

"I can't tell you how he feels, and how he's hurting or anything. So it's heartbreaking," said Brittany Hoff, Camdyn's mother.

Like polio, AFM is also thought to be caused by a virus but no one knows what virus and why it affects children differently.
According to the CDC, symptoms include drooping eyelids, facial weakness, slurred speech, and sudden arm or leg weakness.

David Thompson, the Vice President of Medical Affairs for VIGILINT, a Morrisville- based telemedicine company, had important advice for parents.

"Make sure that your children keep their immunizations up to date, that's incredibly important for all manner of different illnesses. Wash hands. Practice good hygiene. Avoid contact with other children who may be ill as much as possible," Thompson said.

So far, the CDC reports 62 confirmed cases in 22 states. There are dozens of other possible cases.

Despite the outbreak this year, Thompson is reminding people of its relative infrequency.

"AFM is an extremely rare condition. It affects less than 1 in 1 million children in the United States," Thompson said.

If you have any questions or suspect your child may be showing symptoms of AFM, contact a doctor immediately.