Despite increase in early voting locations, access remains difficult for some

WTVD
By Samantha Kummerer, Jonah Kaplan and Maggie Green
RALEIGH, N.C. (WTVD) -- More than 470 early voting locations opened their door to North Carolinians on Thursday. However, getting to those sites won't be easy for every voter.

The ABC11 I-Team analyzed hundreds of locations and found access varies between counties.

"They tried to select polling places that were accessible or relatively easily accessible by public transportation and I think they may have succeed in some of them but not all of them," said Marian Lewin, the Wake County voter services director at the League of Women Voters.


Click the above graphic to find directions to your nearest polling location.

Across the state, more than 20 additional early-voting sites were added compared to the 2016 election, but that increase isn't seen everywhere. Data from the North Carolina State Board of Elections showed 25% of counties reduced their sites, with ten counties cutting more than half of their 2016 locations.

"They're weighing the resources it costs to open a site, the accessibility of the site and then there's a lot of discussion as to the consequences of having sites in different locations," Lewin said.

The highest number of locations per zip code is found in Durham (27703), with four polling places. Overall, the county offers 14 locations, ranking it sixth in the state. Similarly, Wake County offers the third most locations in the state at 20.

Getting to each of these sites can take just a few minutes for individuals with cars, but not every voter has that option.

To find out just how many barriers may exist, the ABC11 I-Team walked and bussed to early voting sites across downtown Durham and southeast Raleigh.

Despite multiple sites located in each city, walking and waiting for transportation increased travel times to 30, 45, even 100 minutes in some cases. Both Durham and Wake County have public transportation systems, but reducing the number of sites and taking away public transit options increases barriers individuals will face in rural areas of the state.

Lewin said the disparities between early-voting locations is going to be even more noticeable this year.

"This year that's going to be particularly noticeable because the sites that are perhaps more convenient are going to be very crowded and are going to have very long lines so the tradeoff between the times spent in transportation vs. the time spent in line, some voters might say 'I might be a little more inclined to spend time on transportation wise to go to one of the outer sites if it appears they might have shorter lines,'" she said.

Getting to early voting locations will be only part of the battle. Waiting once at the site will also increase time for voters. Already huge lines formed on Thursday.

In an effort to reduce crowded locations and barriers to voting, the state expanded early-voting hours. Voting locations will be open for 7,000 more hours than they were in past elections, according to Subhan Cheema, the director of the coalition communications at Biden for President.

Early voting is not the only option North Carolinians have to cast a ballot this year. Voters can mail in an absentee ballot and vote on Election Day at locations that will be closer to their address.

Early voting is offered throughout North Carolina October 15 -October 31. Find out more about how to cast your ballot here. The Women Who Run: Hear from 8 women of color running for Congress 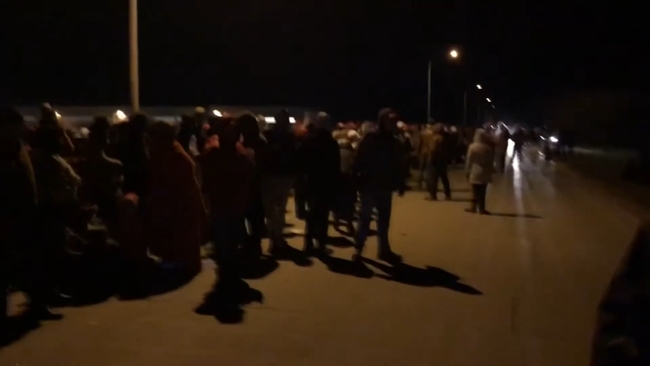