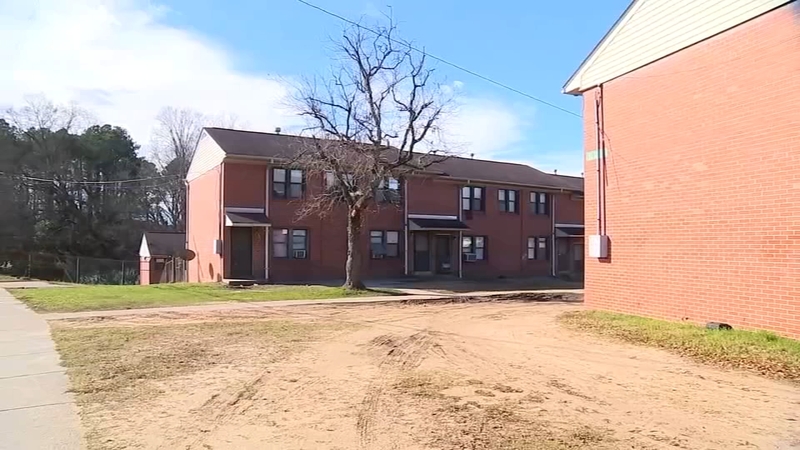 "Public housing needs to be maintained and for years now, it's been underfunded," Price told ABC11. "There were deaths in a South Carolina housing development attributable to carbon monoxide, radon poisoning in Oregon, there is always the lead hazard."

Rep. Price has represented parts of Wake, Durham and Orange counties in Washington for more than 30 years. The crisis at McDougald Terrace is obviously a pertinent and critical issue to his constituents - but he's also best positioned to do something about it. Price, after all, is the Chairman of the House Subcommittee on Transportation, Housing and Urban Development Appropriations.

"At the end of the day, the Department of Housing and Urban Development is responsible for the oversight and furnishing resources for housing authorities all over the country," Price explained. They've done evaluations of McDougald Terrace and other developments that were negative. The housing authority has been challenged to respond to those but they didn't include carbon monoxide poisoning. That has to happen immediately. Secretary Ben Carson says he's going to fix it. We're going to make sure he's going to fix it."

In our conversation, the congressman also addressed his votes in favor or two Articles of Impeachment against President Donald J. Trump.

Price, first elected to Congress in 1987, said he never came to Washington to vote for impeachment and was resistant to earlier calls to impeach Trump. The Ukraine controversy, he said, left him no choice.

"I voted for both Articles of Impeachment because I think the evidence is just as solid as could be that President Trump did these things and I think there are serious abuses of power that are exactly what the Framers feared," he said. "The impeachment question is divisive, there's no question. My own view is that it should not be as divisive question as it is."