Delay seems likely before next governor is decided

WTVD
By Joel Brown
RALEIGH (WTVD) -- Wake County's Board of Elections knew it would be a long day. And it was. They worked from 8 a.m., scrambling to finalize election results before Friday's state deadline.

Nine days after the governor told supporters on election night that his race against Roy Cooper was too close to call, his attorneys filed 50 new election complaints with the state board of elections.

The complaints are spread across 50 of the state's 100 counties. The governor is alleging votes were cast by dead people, convicted felons, and some people who had already voted.

"These voter fraud concerns must be addressed before the results of the election can be finalized," said Russell Peck, McCrory's campaign manager.

The new complaints are added to protests claiming irregularities related to absentee ballots filed in a dozen counties - bringing the total number of counties statewide dealing with challenges to 52.

Until counties certify their results, Cooper leads McCrory by about 5,000 votes.

Thursday evening, the Cooper Campaign responded to the governor's allegations of voter fraud.

"Governor McCrory has set a new standard for desperation in his attempts to undermine the results of an election he lost," said Cooper Campaign spokesperson Fred Porter in a statement.

Meanwhile, back inside the Wake County Board of Elections warehouse, it was a scene likely being played out across the state; the hours-long, painstaking process of canvassing election results.

With the governor's race hanging in the balance, Democrats, Republicans, and curious residents sat in to supervise as the board approved or denied absentee and provisional ballots.

When ABC11 asked Wake Board of Elections Chairman Ellis Ross whether the panel could meet the deadline, he said, "With one caveat, I would say yes."

The caveat is a federal court ruling requiring elections officials to review whether voters who registered to vote at the NC DMV were improperly kept off the voting rolls.

"We need an answer from the state board about how we deal with particular ballots. Once we get that answer, it would probably take between two to five hours to finalize," Boyle said.

Given all the issues facing county election boards: the candidate protests and the court ruling, the State Board of Elections announced Thursday evening that county boards can delay their canvass for a "reasonable time."

The state expects "many, if not all" counties to do just that.

Meanwhile, the Durham County Board of Elections plans to hold a formal hearing Friday into concerns about the late addition of 94,000 early voting votes on election night which tipped the balance of the governor's race to Cooper.

Elections officials blamed the delay on a software issue. 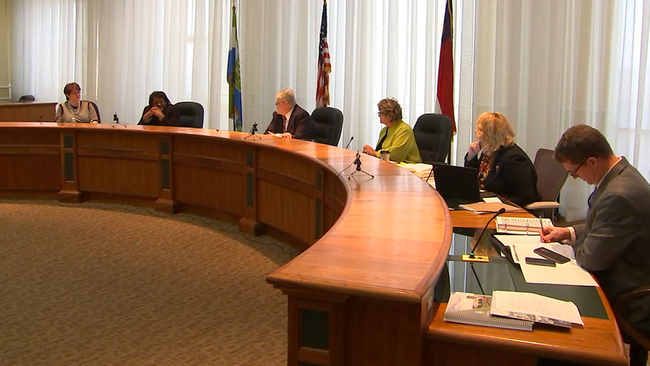