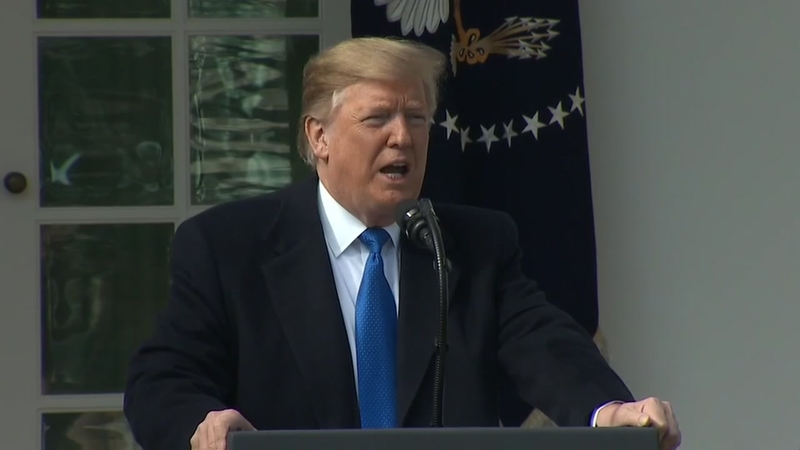 WASHINGTON (WTVD) -- The Department of Defense released this memo that details the possible military construction projects that could get cut to allow for money to be reallocated in order to build President Donald Trump's border wall.

Trump issued the first veto of his presidency Friday to end a bipartisan move from Congress to stop him from using a national emergency declaration to fund the border wall he promised during his 2016 campaign.

The national emergency declaration will divert billions of federal dollars from defense spending to the southern border wall.

ABC11's Jonah Kaplan learned that there are numerous projects at six North Carolina military facilities possibly on the chopping block if Trump's national emergency declaration remains. All of those at risk projects are worth a total of $500,395,000.

The 21-page documents declares no military housing will be affected, nor will projects already booked until Sept. 30, 2019.