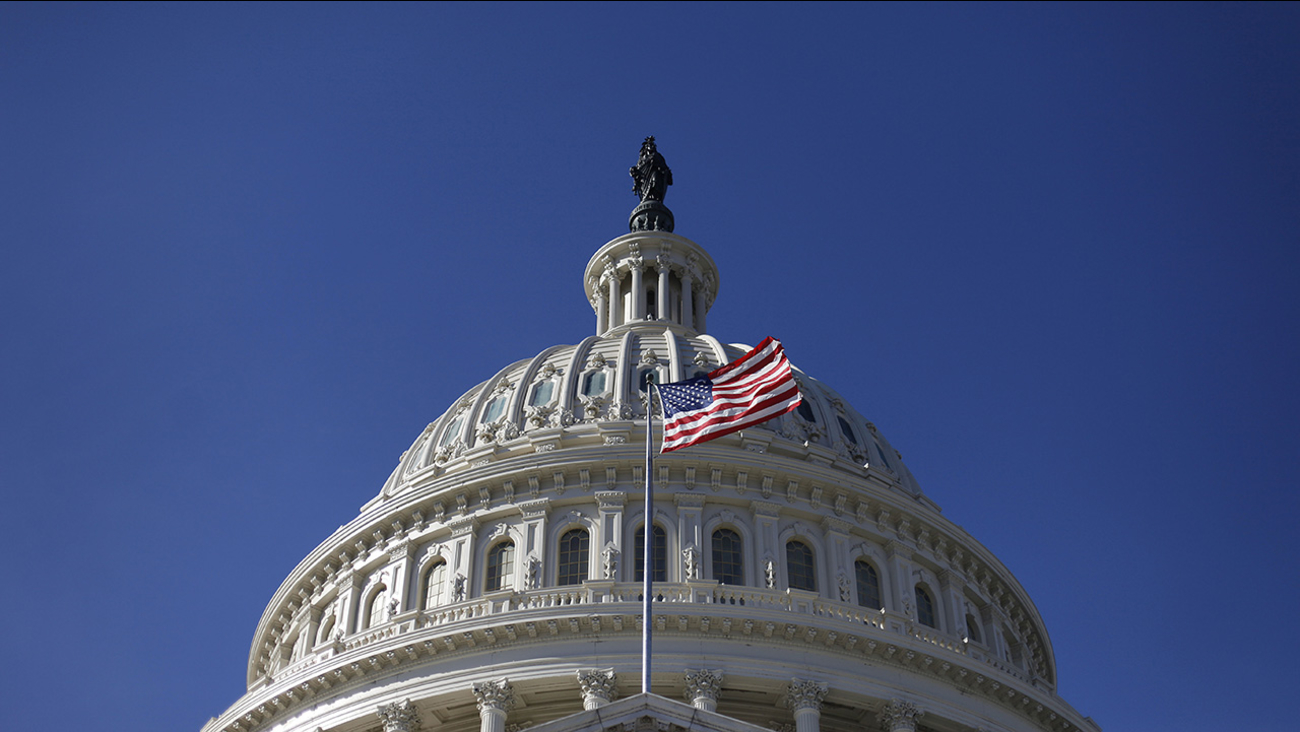 The US Capitol Building as seen on Saturday, Nov., 19, 2011. (AP Photo/Pablo Martinez Monsivais)

A top White House aide Wednesday afternoon announced a deal on a 2-year budget pact that will keep the government opened.

The deal calls for huge increases for defense, domestic programs.

The Latest on Congress and spending legislation (all times local):

The White House is praising a Senate budget agreement, saying it meets the administration's priorities on defense spending and providing a two-year budget plan.

White House press secretary Sarah Huckabee Sanders says the deal will provide "certainty" for the next two years and achieves a "much needed" increase in funding for the national defense. The deal was also praised by Defense Secretary Jim Mattis.

Sanders says it will move the White House away from "crisis to crisis budgeting."

The Senate agreement on a two-year, nearly $400 billion budget deal would provide Pentagon and domestic programs with huge spending increases. It would contain almost $300 billion over current limits on defense and domestic accounts.

But the New York Democrat made little mention about what isn't coming with the new two-year agreement - a plan to protect the "Dreamer" immigrants.

The Democratic leader has dropped his push to use the budget talks to extract concessions on immigration from Republicans, leaving aside threats to shut down the government over the issue.

In remarks on the Senate floor, Schumer focused on the new agreement as a rare moment of bipartisanship and cooperation. He called it "the best thing we've done" for the middle class and the economy.

"We have reached the budget deal that neither side loves but both sides can be proud of," Schumer said.

Majority Leader Mitch McConnell is ignoring a request by White House officials to use President Donald Trump's immigration proposal to begin Senate debate on the issue.

Instead, the Kentucky Republican says the initial measure before lawmakers will be a bill that doesn't address the politically charged subject. He says the two parties will then alternate offering immigration plans in a battle that has no clear outcome.

McConnell said Wednesday he's following through on his promise for a debate that "will be fair to all sides."

Trump would create a path to citizenship for up to 1.8 million immigrants who arrived in the U.S. as children. It would also provide money for his border wall and curb legal immigration.

McConnell said the measure would rewrite existing defense limits that have "hamstrung our armed forces and jeopardized our national security."

The measure, aides said, also contains almost $90 billion in overdue disaster aid and an increase in the government borrowing cap that would prevent a first-ever U.S. government default on its obligations.

House Minority Leader Nancy Pelosi says she and many fellow Democrats will oppose an expected bipartisan budget deal unless Republicans allow the chamber to vote on legislation protecting immigrants.

The California Democrat's remarks potentially jeopardize the prospects that Congress will pass legislation this week preventing a government shutdown starting after midnight Thursday.

The Senate's two top leaders have been nearing a bipartisan deal that would avert a shutdown, provide spending boosts for the Pentagon and domestic programs over the next two years.

But Pelosi said on the House floor that because House Speaker Paul Ryan has yet to promise an immigration vote, the emerging budget pact "does not have my support, nor does it have the support of a large number of members of our caucus."

A group of hard-right House conservatives opposes the big budget deal emerging in Congress, but the group's leader says he expects it to pass anyway because of increases in defense and other spending that will appeal to many lawmakers.

Rep. Mark Meadows, R-N.C., said his Freedom Caucus will fight it, but "I'm afraid the numbers will get so high and the debt ceiling will get added and it will be a Christmas tree of spending - that a lot of votes will be bought."

Meadows told MSNBC Wednesday that a bipartisan deal will draw "120 or 140 Democrats and maybe about the same on Republicans sending this to the president's desk."

Congress is on the verge of a long-term budget pact that would provide whopping spending increases to the Pentagon and domestic federal programs, overdue disaster relief money and, perhaps, legislation to increase the government's borrowing limit.

In the meantime, Congress is also working on a short-term spending measure to keep the government open past a Thursday night deadline.

A short-term spending measure in the House and a budget pact evolving in the Senate make it less likely the federal government will shut down Thursday night.

At the White House, President Donald Trump appeared to hold out the possibility of a shutdown if lawmakers don't come up with a deal on immigration. Trump said Tuesday he'd "love to see a shutdown if we can't get this stuff taken care of."

The broader agreement in the Senate would award whopping spending increases to both the Pentagon and domestic federal programs, as well as approve overdue disaster relief money. It also might approve crucial legislation to increase the government's borrowing limit to avoid possible default.