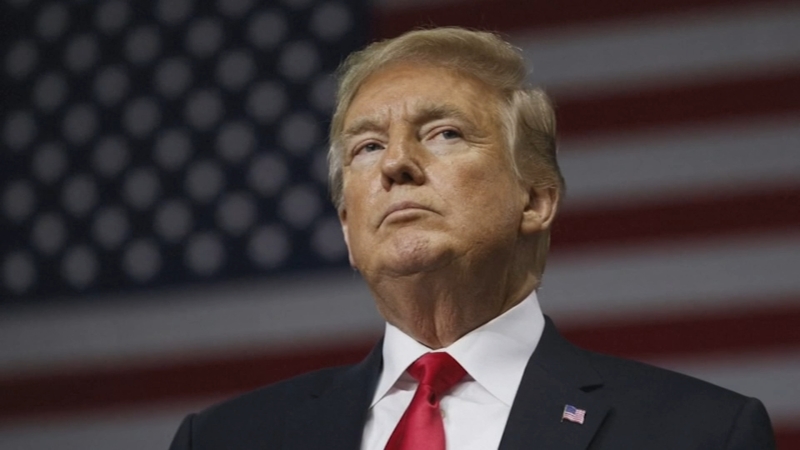 WASHINGTON (WTVD) -- North Carolina is a Purple State with a reddish hue, and the partisan divide persisted on Wednesday as President Donald J. Trump became the first in American history to be impeached twice.

The Tar Heel State's congressional delegation consists of 13 members of the House of Representatives - eight Republicans and five Democrats - along with two Senators. As it was during President Trump's first impeachment, all North Carolina Republicans in the House opposed impeachment.

However, only seven Republicans voted against it. Rep. Greg Murphy did not vote on Wednesday because he was in North Carolina taking care of his wife who recently had surgery.

He said in a statement that he opposed impeachment because "impeaching President Trump a week before his term ends unnecessarily pours salt in our nation's deep wounds."

"I've never found it prudent to have a knee jerk reaction to anything when you're mad and upset and feelings are raw," Rep. David Rouzer told ABC11. "This idea of impeachment is a political maneuver and is out of political anger. This is not what President Biden needs out of the gate when he's trying to pull the country together to get improvements to COVID relief, get people vaccinated, get an infrastructure bill. This is not a good foot for him to start off on."

Rep. Ted Budd, a member of the "Freedom Caucus" and unabashed supporter of the President, echoed that sentiment.

"They were all put in danger as we were," Rep. Manning, another freshman lawmaker, said of her Republican colleagues. "They all saw what happened. They know it was a free and fair election and they know deep in their hearts this president was spreading lies and inciting the people."

The effort to impeach comes just a year after Senate Republicans acquitted President Trump of Abuse of Power and Obstruction of Congress, two Articles of Impeachment which passed the House last January. Sen. Mitt Romney, R-Utah, was the only Republican in either chamber to vote alongside Democrats incensed at the President's foreign policy conduct with Ukraine.

The Senate will now try Trump again, though Democrats will now be in the (slim) majority. The trial is also not expected to start until well after President Trump leaves office.