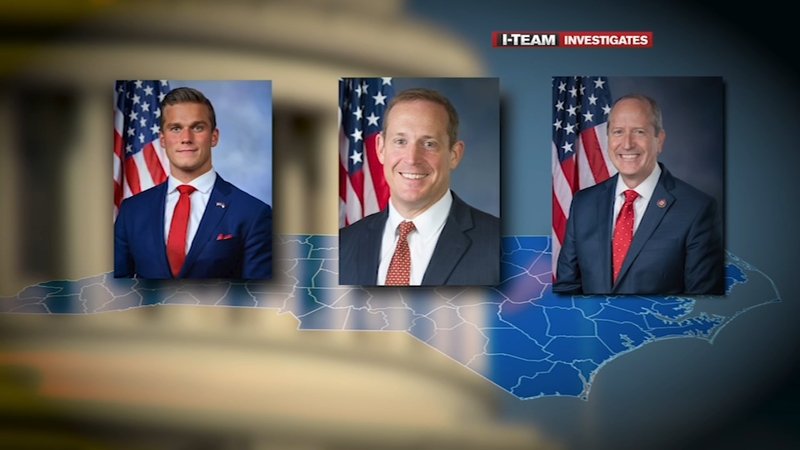 RALEIGH, N.C. (WTVD) -- Telling the truth about the democratic process shouldn't need to be a New Year's resolution.

Unfortunately for North Carolina Republicans - and all North Carolina voters - it's a sad acceptance of the nature of the changing electorate; a voter base in denial of Joe Biden's becoming the 46th President of the United States, and their elected leaders too afraid that base will support someone else who would rather placate that denial.

The 117th Congress will be sworn-in on Sunday and three days later this newly elected body will vote to ratify Biden's 306-232 vote in the Electoral College, which has also been certified by all 50 states and the District of Columbia. Recounts, reviews and even Republican judges across the country have affirmed the same thing (the Supreme Court wouldn't even hear the case).

Here's what's been said to me in private conversations with some current and former NCGOP party officials, as well as current NCGOP lawmakers in Washington and in Raleigh -- all speaking on condition of anonymity:

"Of course Joe Biden will be President."

"I've seen no evidence that would've changed the outcome of the election."

"I have to look my kids in the face and be truthful. I'm disappointed, but Joe Biden won."

"This is absolute madness. I can't believe this is even happening."

"These guys are cowards."

The last statement really got me -- because that individual also chose not to go on record. And what about the person who talked about being honest with his or her kids -- you can be honest with them but lie to your constituents?

As a good friend of mine joked, this isn't about a fisheries bill or some innocuous debate on taxes; this is about the peaceful transfer of power and the American democratic process. What can be more important than that?

"This goes back to 2016 when Donald Trump won the nomination," Mitch Kokai, of the conservative John Locke Foundation, said in a recent conversation. "There were a lot of people brought into the Republican party who hadn't been in the Republican (party) because of Donald Trump, and people who want to be Republican politicians moving forward want to keep those people on their side."

Those people, thus, are the ones right now thinking the election can be undemocratically overturned, and at least three Republican congressmen from North Carolina are willing to play along and challenge the Electoral College vote on January. They are Madison Cawthorn, Dan Bishop and Ted Budd; all of which have posted tweets and official statements citing debunked election conspiracy theories that have been furiously investigated and exhaustingly litigated.

Rep. Budd went so far as to write this letter urging the entire NCGOP congressional delegation to join in "fighting for the Constitution," which, by the way, gives the Electoral College power to elect President and it did 306-232 in Joe Biden's favor.

My sources told me that letter didn't go over well at all among most members of the caucus - but that frustration continues to be kept private.

Virginia Foxx, Richard Hudson, Patrick McHenry, Dr. Greg Murphy and David Rouzer, the other five Republicans to be sworn in to the House on January 3, all either refused or ignored multiple requests for an interview and to go on record. In private, though, some of the staff -- and even lawmakers themselves -- admitting they'll face a primary if they tell the truth.

"We have for decades seen people that have waged difficult and heated campaigns, and even if he or she loses, even if they're terribly disappointed, you lick your wounds and move on," Kokai said. "There are a lot of people in this country who actually firmly believe that Donald Trump won."

The beauty of America, of course, is that anyone can believe whatever he or she wants to believe, but the fact that Joe Biden is President-Elect is as certain as there is rain and wind in a hurricane.