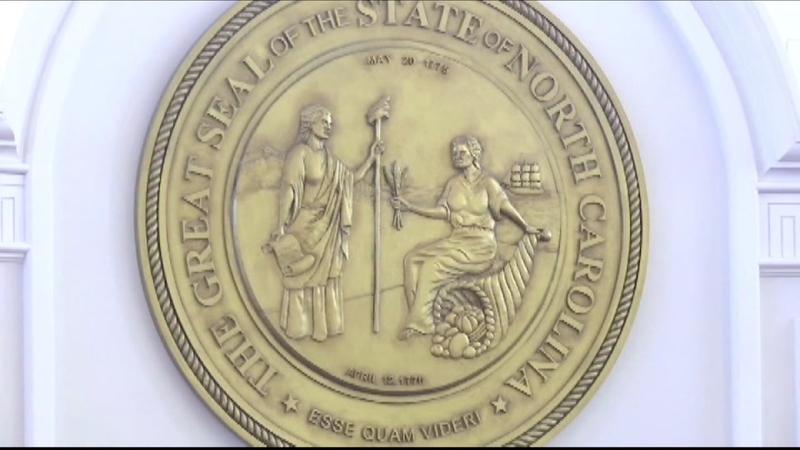 The Senate voted 25-7 on Thursday to accept House changes to the measure and sent it to Democratic Gov. Roy Cooper, a voter ID opponent.

Republicans in charge of the legislature can override a Cooper veto if they stay united.

Thursday's vote led about 50 protesters to sing and chant outside the House and Senate gallery in opposition. They left when police told them to quiet down or face arrest.

On Wednesday. the House approved the measure 67-40, adding an amendment that forced the bill back to the Senate.

Currently, North Carolina does not have any form of voter ID law.

The law would require all voters to bring identification to the polls, which could be shown in one of seven forms including driver's licenses, passports, and college IDs.

"Voter ID is simply a commonsense measure to make that sure when it comes to voting, the person who goes to vote is who they say they are," House Speaker Tim Moore said on the floor of the state House during debate. "This guarantees that one of the most precious rights that we have - the right to vote - is maintained, protected, and expanded, and at the same time safeguards are in place to eliminate the chance of fraud."

The amendment to S.B. 824 also requires the State Board of Elections to implement rules for verifying absentee ballots in a more secure manner consistent with in-person photo ID requirements, including the option to complete an affidavit asserting a reasonable impediment to obtaining a qualifying identification.