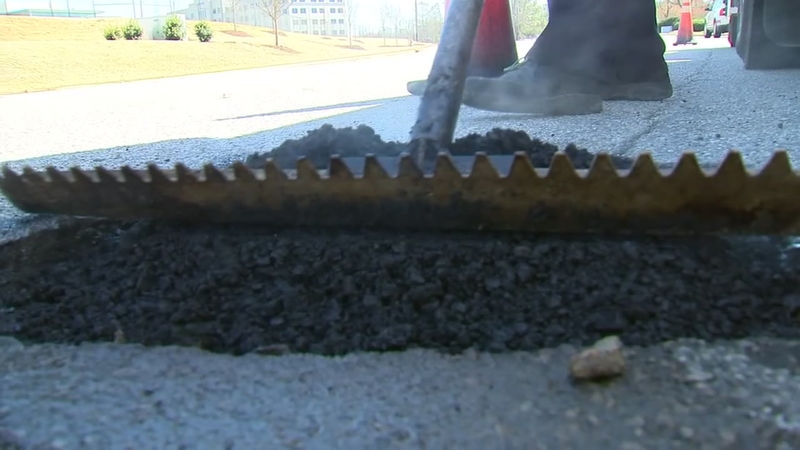 "Given the amount of new traffic we have from all the people moving here, it's to be expected," Pitzer said. "We have bigger programs here we need to implement."

With a sunny and dry forecast on Monday, which won't last for long, City of Raleigh transportation crews took advantage and continued repairing potholes and other road issues.

Steve Halsey, a street maintenance manager with the city, said that his department's goal is to have reported potholes completed and repaired within one business day, with the exception of weekends.

POTHOLE PATROL! The City of Raleigh is out repairing potholes today now that the rain is gone. #ABC11 pic.twitter.com/ySSPV4LE6i

On Monday, two separate two-man crews were divided up around the city in order to make repairs, which are in response to a "handful of complaints over the weekend."

"In bad weather when it's raining outside and you've got these massive potholes.. that's a safety issue," one woman said. "Because you've got these big waves of water that sort of pop up out of nowhere as a result of a pothole."

Wet weather last week prevented crews from patching up problem potholes. Halsey said his department does not have a backlog as of now. He also said his crews have the autonomy to fix potholes that have yet to be reported as long as it's not a "major problem."

Another major concern is the damage drivers face if their car is affected by the pothole.

"It leads back to the consumer one way or another," one woman added.

To report a pothole with the City of Raleigh, click here.